Can your heart prevent diabetes? 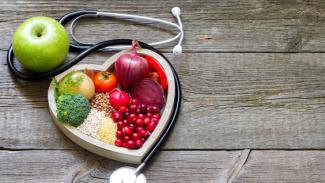 This article was written by guest blogger Crystal Woodard, Ph.D.

Can your heart prevent diabetes? Being overweight or obese is currently deemed the single best predictor of type 2 diabetes. With the prevalence of obesity on the rise, estimates suggest that one in three American adults could have type 2 diabetes by 2050. Weight loss is key to preventing this epidemic. At SBP, scientists are investigating how hormones released by the heart may help the body burn more calories to prevent obesity and type 2 diabetes.

Two compounds released by the heart in response to high blood pressure—human atrial natriuretic peptide (ANP) and B-type natriuretic peptide (BNP)—have been found to play a direct role in “browning” white adipose tissue. By browning, white fat starts to burn more calories, mimicking what occurs in brown fat. Sheila Collins, Ph.D., professor in the Integrative Metabolism Program and her research team, are investigating how these natriuretic peptides activate fat browning with the goal of tapping into the process to help promote weight loss and prevent diabetes.

In collaboration with Dr. Richard Pratley at the Florida Hospital - SBP Translational Research Institute for Metabolism and Diabetes, the teams are conducting clinical trials with obese and lean volunteers to test whether BNP can increase energy expenditure and improve glucose tolerance. Since recombinant human BNP is an FDA-approved drug prescribed for acute heart failure patients, the costs, and development and approval times for using BNP for these conditions may be reduced.

According to Collins, “Early studies proposed that increased clearance is responsible for the lower peptide levels observed in obese individuals in comparison to lean individuals; however, there are no definitive studies to actually prove this or not. Important efforts are currently underway to understand how NPRs are regulated and how the peptides can be best used for their fat-burning capacity.”