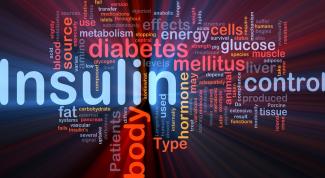 Center for Metabolic Origins of Disease

With more than one-third of adults in the U.S. considered obese, scientists are searching for new ways to treat obesity and associated health problems such as type 2 diabetes. Four researchers from Sanford Burnham Prebys Medical Discovery Institute (SBP) at Lake Nona have been invited to present new perspectives and insights at the American Diabetes Association's 77th Scientific Sessions, to be held June 9-13, 2017, in San Diego. The conference is the world’s largest gathering of research experts and clinicians focused on diabetes research, prevention and care. The presentations will inform new treatment strategies for the nearly 30 million people diagnosed with diabetes.

Potential early therapeutic target for diabetes prevention
Obesity often leads to accumulation of fat in muscle and faulty machinery involved in taking up glucose from a meal to use it for energy, leading to type 2 diabetes. A recent advance from the laboratory of Daniel P. Kelly, M.D., scientific director of SBP at Lake Nona, may lead to a way to stop this pre-diabetic state from advancing. Dr. Kelly will present findings on a recently discovered cellular glucose sensor in muscle that serves as a key connection between insulin resistance and accumulation of fat in muscle, which occurs in obesity-related diabetes. When the protein is inhibited in skeletal muscle cells, regulatory genes that influence glucose uptake and insulin signaling are enhanced. The team is now validating the pathway as a therapeutic target to prevent type 2 diabetes.

Fatty liver and type 2 diabetes
Peter Crawford, M.D., Ph.D., director of SBP’s Cardiovascular Metabolism Program, is studying the root causes of nonalcoholic fatty liver disease (NAFLD), a condition that affects nearly 80 percent of people with type 2 diabetes. About 5 percent of NAFLD cases advance to liver cirrhosis – a disease characterized by scarring and fibrosis that could require liver transplant. Dr. Crawford is an expert on how the liver processes energy derived from food. At the ADA meeting, he will discuss how the interruption of normal fat metabolism can lead to enhanced scarring. Through ongoing research, he hopes to be able to specifically identify which diabetes patients are at risk of developing advanced liver disease and to develop therapies that protect against disease progression.

Brain nutrient sensors help maintain energy balance
Diabetes researcher Julio Ayala, Ph.D. wants to understand how specialized regions in the brain control food intake, energy expenditure and body weight. His ADA presentation will focus on how nutrient-sensors that control the balance between energy-consuming and energy-producing processes in almost every cell in our bodies also play a very specific role in the brain. His research shows that hormones, such as glucagon-like peptide-1 (GLP-1) regulate the activities of these brain nutrient sensors to influence hunger, satiety and ultimately body weight. Defective sensors are implicated in obesity and could be a target for new therapeutic treatments.

Glucose Sensor in Macrophages
Insulin resistance is a key feature of type 2 diabetes. When present, the impairment prevents insulin from getting glucose into muscle where it’s used for energy, and instead causes blood sugars to become elevated. The events that drive the development and progression of insulin resistance are not known. Laszlo Nagy, M.D., Ph.D., director of SBP’s Genomic Control of Metabolism Program, will present new research that suggests that the inflammatory process—and specifically a type of white blood cells called macrophages—are involved. He will present a novel hypothesis on the role of macrophages, defined in Greek as “big eaters”, and identify molecules involved in muscle growth and glucose metabolism. His research aims to reveal cellular interactions that could become new therapeutic targets to treat type 2 diabetes.