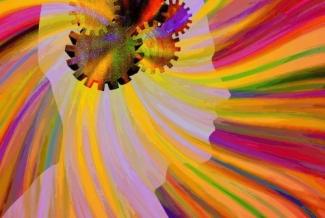 For about 50 percent of HIV-1-infected people, things as simple as buttoning a shirt, remembering the alphabet, and handling money may become compromised by a disorder known as HIV-induced brain injury. The condition occurs when receptors and proteins in an HIV-infected immune system produce toxic substances that lead to brain- and nerve-cell death. There is currently no treatment available for the more than 600,000 affected individuals in the U.S. In a new study by Sanford-Burnham researchers, blocking CCR5—an HIV co-receptor—was found to protect against brain injury and impairment of learning and memory. The findings, reported in The Journal of Immunology, create a new approach to treating HIV-induced brain injury and may help our understanding of the potential involvement of CCR5 in other diseases of the brain.

“It is known that deficiency in CCR5 is protective against HIV infection, but we know far less about the contribution of CCR5 to brain injury in HIV-infected individuals,“ said Marcus Kaul, Ph.D., assistant professor in the Immunity and Pathogenesis Program. “Our findings are important because they suggest that HIV patient’s brains may benefit from treatment with a CCR5-inhibiting drug even if the virus itself uses an alternative receptor.”

Although HIV infection was once considered a certain death sentence, recent research shows that the average person infected with HIV in North America can expect to have a life expectancy equal to or higher than the U.S. general population. The availability of modern treatments such as anti-viral medication combined with routine testing for at-risk populations and preventative health measures have all contributed to the dramatic increase in survival for the chronic—rather than fatal—disease that  impacts 1.2 million Americans. As the life expectancy of those infected has increased, research aimed to understand related health issues that affect their quality of life and cognitive function, such as HIV-associated neurocognitive disorders, has become increasingly important.

CCR5 plays a key role in HIV infection CCR5 is one of two co-receptors required for HIV infection besides CD4. The other co-receptor is CXCR4. CCR5 is found on T-cells, macrophages, dendritic cells, and microglia (brain macrophages) and, together with CD4, enables HIV to enter the cell. However, depending on its viral envelope protein known as gp120, HIV can also use the CXCR4 co-receptor and CD4 to gain entry into host cells. Interestingly, people with two copies of a mutation in CCR5 genes—about 1 percent of Caucasians—are immune to HIV infection, and those with one copy—about 20 percent of Caucasians – often develop less severe disease if infection occurs.

Study results Neurons themselves are generally resistant to HIV infection but viral proteins, such as gp120, can interact with and activate microglia and cause them to release neurotoxins. Using transgenic mice that produce the neurotoxicity-causing viral gp120 in the brain but also were deficient in CCR5, Kaul’s research team was able show that the absence of CCR5 protected mice from brain injury, even if the viral envelope protein used the alternative co-receptor CXCR4. Similarly, inhibition of CCR5 with a therapeutic drug in cultures of brain cells protected against toxicity triggered by CXCR4-gp120 interactions if an additional, previously unrecognized factor was present.

“We also found that the protective effects were dependent on another protein of the immune system called lipocalin 2 (LCN2),” said Kaul. “CCR5 and LCN2 can control the activation of microglia and showed a novel protective pathway in which deficiency of CCR5 or blockade of the receptor in the presence of LCN2 prevented activation of microglia and neurotoxicity even if viral gp120 interacted with CXCR4. Blocking CXCR4 is not a therapeutic option because the CXCR4 receptor has vital functions in all parts of the body. The combined role of CCR5 and LCN2 in the control of microglia activation is novel, and we want to understand the underlying mechanism by which they achieve control,” said Kaul. "In addition to highlighting CCR5’s role in HIV infection, we plan to explore this newly recognized, potential involvement of CCR5 and LCN2 in other diseases of the brain.”

HIV-1 There are two types of HIV: HIV-1 and HIV-2. Both types are transmitted by sexual contact, through blood, and from mother to child. HIV-2 is less easily transmitted compared to HIV-1 and primarily found in West Africa. Worldwide, the predominant virus is HIV-1, and therefore HIV-1 is commonly referred to as HIV.