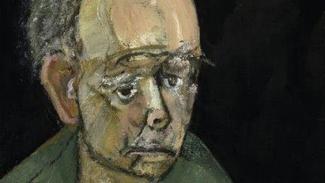 San Diego has formed an unprecedented coalition to find a cure for Alzheimer’s disease. The Alzheimer’s Project, conceived of by county Board of Supervisors Chairwoman Dianne Jacob, is an initiative with aims of both finding a cure and helping the 60,000 county residents who have the disease. Guided by a steering committee led by Jacob and chaired by Supervisor Dave Roberts, the Project brings a diverse team of experts in research, caregiving, health care, philanthropy, and community support to assimilate and execute a five-year plan with a goal to conquer the disease once and for all.

Michael Jackson, Ph.D., vice president of Drug Discovery and Development at Sanford-Burnham, sits on the Cure Roundtable, a group of research leaders from San Diego that will be making recommendations on promising areas of research to stop, slow, or even prevent Alzheimer’s. Jackson oversees the Conrad Prebys Center for Chemical Genomics at Sanford-Burnham, a technology center that uses high-throughput robotic technology to systematically search through hundreds of thousands of chemical compounds to find the few—or even one—that are potential starting points for new medicines.

“The Prebys Center is like a magnet that attracts collaborators and partnerships with like-minded researchers who seek to discover new therapeutics for diseases with serious clinical unmet needs, such as Alzheimer’s,” said Jackson. “Because our Center specializes in small-molecule discovery, and small molecules are needed to cross the blood-brain barrier, we are well positioned to find new drugs that may work for treating Alzheimer’s. It’s very exciting to be part of an initiative that involves medical experts, public health and government officials, and those affected by the disease,” added Jackson. “And San Diego has the best and brightest researchers, a supportive community, and a county government suited and motivated to address this ambitious goal.”

Thomas “T.C.” Chung, Ph.D., director of Outreach, Strategic Partnerships, and Alliances at Sanford-Burnham, will serve as project manager and member of the operational drug discovery team working with Jackson and with researchers from UC San Diego, the Salk Institute for Biological Studies, and the Scripps Research Institute to vet concepts and test them to find compounds that lead to new drugs. The Alzheimer’s Project includes a plan called “Part the Clouds,” a multimillion-dollar funding drive to pay for innovative research, developing clinical standards to screen and diagnose the disease, and encouraging public awareness of and participation in clinical trials. The Project’s coordinators promise that every penny raised will be used to pay for drug screening and development.

To learn more about The Alzheimer’s Project, please go to www.alz.org/sandiego.

About Alzheimer’s disease Alzheimer’s disease is an irreversible, progressive brain disease that slowly destroys memory and thinking skills and eventually even the ability to carry out life’s most simple tasks. In most people with Alzheimer’s, symptoms appear after the age of 60. Estimates vary, but experts believe that as many as 5.1 million Americans have Alzheimer’s disease. And, Alzheimer’s is the third leading cause of death in San Diego County.

About the image The image is a self portrait of the artist William Utermohlen. Utermohlen was diagnosed with Alzheimer's disease in 1995, and created a series of self-portraits over a 5-year period documenting the gradual decay of his mind. Utermohlen died in 2007 at age 74.