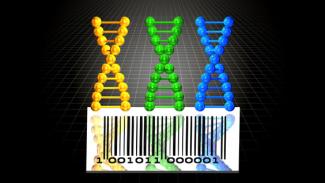 SBP has helped lead an international team of academic and pharmaceutical scientists that have tapped into publically available large-scale ‘Omics’ databases to identify new targets to treat influenza — the virus that causes annual epidemics and occasional pandemics. The study, published in Cell Host and Microbe, reflects a breakthrough approach using advanced computational designs to identify new factors that can be targeted to prevent viruses from spreading. The research team also created a website with open access for scientists to cull additional host-targets to develop the next-generation of anti-influenza drugs.

“Traditionally, physicians have treated the flu with drugs that directly block the influenza virus,” said Sumit Chanda, Ph.D., co-senior author and director of the Immunity and Pathogenesis Program at SBP. “Although these drugs have been helpful, many patients fail to respond because viruses, especially influenza A virus (IAV), can mutate, rendering them resistant to available drugs. Our research efforts are focused on finding unalterable host molecules—the ones within our bodies—that viruses hijack to spread and create full blown infections.”

Influenza viruses cannot replicate on their own. They can only carry a few genes—about a dozen or so—compared to a human genome comprising more than 20,000 genes. To ensure their survival, flu viruses rely on co-opting molecular machines in the infected host, which they use to their advantage to grow and spread. In recent years, researchers have sought to turn the tables and fight viruses by blocking their access to host molecules.

By integrating multiple IAV host-pathogen ‘Omics’ databases, including one generated by the work in this study, the research team identified 20 previously unrecognized host proteins required for IAV replication. One protein, UBR4, was singled out as a pivotal host protein that the virus uses to bud off from the host cell membrane and form spherical vesicles that transmit the virus within and between individuals.

The study showed that blocking UBR4 in human cells (in vitro) and mice (in vivo) reduced IAV replication and pathogenesis, establishing proof-of-concept of the strategy to target UBR4 as an influenza treatment.

“Our work illustrates how the computational analysis of large datasets from multiple independent studies can reveal novel host factors and networks involved in virus replication as potential targets for therapeutic intervention,” said Adolfo Garcia-Sastre, Ph.D., director of the Global Health and Emerging Pathogens Institute at the Icahn School of Medicine at Mount Sinai. “’Big data’ is no longer merely a catchphrase – it is a real tool to help scientists address the world’s most serious public health threats.”

The research team has created a simplified, user-friendly web portal (www.metascape.org/IAV) of the integrated data that reflects the biochemical landscape of essential influenza-host interactions. The site enables customized queries and analysis tools to find host proteins likely to play a role in influenza infection.

“Recent waves of new technologies have allowed scientists to generate unprecedented quantities of data about human disease. But now, there exists an equally large gap between those that are producing and analyzing these data, and those that apply the data for therapeutic benefit

“We anticipate that the approach described in this study, which is packaged as an accessible web interface, will provide a bridge for those on the frontlines of biomedical discovery and therapeutic development to leverage ‘big data’ and achieve transformative treatments for unmet medical needs, said Chanda”