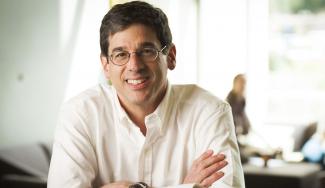 Sanford Burnham Prebys Medical Discovery Institute scientist Robert Wechsler-Reya, Ph.D., has received a $100,000 grant from the St. Baldrick’s Foundation. He will use the award to advance research in medulloblastoma, the most common malignant brain tumor in children.

Worldwide, every two minutes a child is diagnosed with cancer. One in five kids diagnosed in the U.S. will not survive, and of those who survive, two-thirds will suffer from long-term effects from the very treatment that saved their life.

As the largest private funder of childhood cancer research grants, St. Baldrick’s supports the best research no matter where it takes place, giving hope to every child. Today the organization announced 79 grants totaling $22 million dollars awarded to researchers across the country.

Dr. Wechsler-Reya is the only San Diego area researcher to be awarded a grant from St. Baldrick’s this year.

“St. Baldrick’s supports cool, exciting ideas and they allow you to start getting data so you can be funded by the NIH (National Institutes of Health),” said Wechsler-Reya. “If I could go up to a parent someday and say ‘I can figure it out, I can save your child’, that would be amazing.”

“It’s a really fantastic foundation,” said Wechsler-Reya. ”People raise money and shave their heads, to really think about what a child with cancer goes through.”