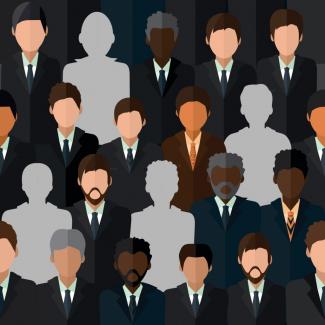 About one in seven men will be diagnosed with prostate cancer during his lifetime. Though it has one of the highest survival rates of any type of cancer—95% make it through the first ten years—diagnosis and treatment could still be improved. Since November is Prostate Cancer Awareness Month, we’re highlighting the work our scientists are doing to address key challenges and unresolved questions in prostate cancer.

Early, accurate detection—The current method of screening for prostate cancer is a blood test for prostate specific antigen, or PSA, which detects cancer early, but isn’t very specific—only one in four men with high PSA levels actually has cancer. In general, high levels of PSA mean the next step is a biopsy. A more specific test would avoid unnecessary biopsies, which are invasive and stressful for patients.

Ranjan Perera, Ph.D., associate professor in the Integrative Metabolism Program, is looking for biomarkers that would enable just such a test. His lab is making progress—they identified five long noncoding RNAs (RNAs that, instead of carrying genetic information to be translated, regulate the translation of other RNAs) found at higher-than-normal levels in the urine of prostate cancer patients. An RNA-based test is on the market, but could be improved—measuring multiple markers would be more sensitive and specific.

Better therapies—For advanced cases, current treatments are either insufficient or overly toxic. Prostate cancer is usually first treated with drugs that block the actions of androgens, the hormones that drive its growth. If the tumor recurs later, as happens for cancers that are already at a late stage before treatment, it forms from cells that are resistant to those drugs. Then, the only option is chemotherapy or radiation.

Towards therapies that cause less collateral damage, Nicholas Cosford, Ph.D., associate director of Translational Research in the NCI-designated Cancer Center, is designing new drugs against targets found to be important in prostate cancer. These drugs are intended to block two strategies by which cancer cells survive—avoiding cell death, and generating extra energy by recycling the cell’s own parts.

Understanding why obesity correlates with aggressiveness—Obese men are no more likely than others to get prostate cancer, but if they do, it’s more likely to become advanced quickly. To figure out why this happens, Jorge Moscat, Ph.D., director, and Maria Diaz-Meco, Ph.D., professor in the Cancer Metabolism and Signaling Networks Program, are looking at how fat adjacent to the prostate interacts with tumor cells. A detailed picture of how fat cells and tumor cells interact could reveal new ways to treat prostate cancer in overweight men.