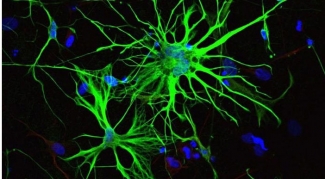 Researchers have developed new single-cell sequencing methods that could be used to map the cell origins of various brain disorders, including Alzheimer’s, Parkinson’s, schizophrenia and bipolar disorder.

By analyzing individual nuclei of cells from adult human brains, Jerold Chun, M.D., Ph.D., professor at SBP, in collaboration with researchers at UC San Diego and Harvard Medical School, have identified 35 different subtypes of neurons and glial cells and discovered which of these subtypes are most susceptible to common risk factors for different brain diseases.

There are multiple theories regarding the roots of brain diseases. The new study, published in Nature Biotechnology, allows scientists to narrow down and rank the cell types in the brain that carry the most genetic risk for developing brain disorders. The information can guide researchers to pick the best drug-targets for future therapies.

The work builds off of a previous study by the authors that identified 16 subtypes of neurons in the cerebral cortex. That study was the first large-scale mapping of gene activity in the human brain and provided a basis for understanding the diversity of individual brain cells.

In the new study, researchers developed a new generation of single-cell sequencing methods that enabled them to identify additional neuronal subtypes in the cerebral cortex as well as the cerebellum, and even further divide previously identified neuronal subtypes into different classes. The new methods also enabled researchers to identify different subtypes of glial cells, which wasn’t possible in the previous study due to the smaller size of glial cells.

“These data confirm and significantly expand our prior work, further highlighting the enormous transcriptional diversity among brain cell types, especially neurons,” says Chun. “This diversity, which continues to emerge from our single-cell analytical approach, will provide a foundation for better understanding the normal and diseased brain." The advance was made possible by combining next-generation RNA sequencing with chromatin mapping—mapping of DNA and proteins in the nucleus that combine to form chromosomes—for more than 60,000 individual neurons and glial cells.

“While the analysis of RNA can tell us how cell types differ in their activity, the chromatin accessibility can reveal the regulatory mechanisms driving the distinctions between different cells”, notes Peter Kharchenko, Ph.D., an assistant professor of biomedical informatics at Harvard Medical School who co-led the study.

Using the information from RNA sequencing and chromatin mapping methods, researchers were able to map which cell types in the brain were affected by common risk alleles—snippets in DNA that occur more often in people with common genetic diseases. Researchers could then rank which subtypes of neurons or glial cells are more genetically susceptible to different brain diseases. For example, they found that two subtypes of glial cells, microglia and oligodendrocytes, were the first and second most at risk, respectively, for Alzheimer’s disease. They also identified microglia as most at risk for bipolar disorder, and a subtype of excitatory neurons as most at risk for schizophrenia.

“Now we can locate where the disease likely starts,” says Kun Zhang, Ph.D., professor of bioengineering at the UC San Diego Jacobs School of Engineering and co-senior author of the study. “However, we are only mapping the genetic risk. We don’t know the precise mechanism of how these specific cells actually trigger the disease.”

One caveat of this study, explains Zhang, is that it primarily analyzed data from adult brains (ages 20 to 50), so the findings do not represent younger or older populations. In order to better understand brain disorders that manifest early on, for example in infants, like autism spectrum disorder, the study would need to analyze cells from younger brains, he said.

The team also plans to expand their studies to map additional regions of the brain.

*These authors contributed equally to this work.

This story is based on a UC San Diego press release written by Liezel Labios.