Diagnosing a rare disease in children 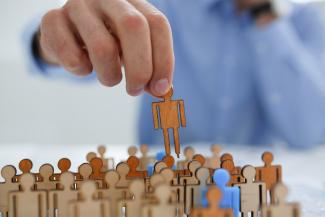 Children born with the rare genetic disorder known as CDG often live for years before they receive a diagnosis.  CDG—which stands for congenital disorders of glycosylation—can cause serious, sometimes fatal, malfunction of different organs and systems in the body, including the nervous system, muscles and intestines. Children with CDG have varying degrees of speech and language difficulty, poor balance, motor control, vision problems, hearing impairments and seizures.

CDGs are difficult to diagnose partly because there are only about 1,800 known cases worldwide. But through global networking and the unwavering determination of researchers and clinicians, new patients are being discovered every year, providing important information to parents to help them better understand what they are dealing with.

Hudson Freeze, Ph.D., director and professor of the Human Genetics Program at SBP, is a one of the scientific leaders helping diagnose new cases of CDG. Freeze and his colleague, Bobby Ng, recently led an international team charged with diagnosing three unrelated individuals thought to have a new type of CDG—but not confirmed. The work, published in the American Journal of Human Genetics, confirmed that the three had a specific kind of CDG never seen before, adding to the more than 125 existing types of CDGs.

“All CDG disorders are caused by mutations that impair glycosylation—the complex process by which cells build long sugar chains that are attached to proteins called glycoproteins,” explains Freeze. “These sugar chains are crucial for cellular growth, communication and essential cell functions.

“There are many genes involved in proper glycosylation,” says Freeze. “When two parents happen to carry a mutation on the same gene, they end up with a one-in-four chance of passing both mutated copies on their child, and that causes the disorder.”

Increasingly, babies and children with unexplained health problems such as developmental delays and organ dysfunction undergo whole-exome sequencing, a technique that sequences the part of the genome that encodes proteins.

“Exome sequencing is used to find mutations in genes, but sometimes we don’t know if the mutations found actually translate to a genetic condition like CDG,” says Ng.

“Our lab steps in when a suspected mutation is found in one of the many enzymes involved in glycosylation,” says Ng. “We perform biochemical tests to confirm that the mutation impairs the glycosylation process, helping families narrow in on a CDG diagnosis.”

“The three patients in the current study are the only confirmed cases of the FUT8-CDG type in the world,” says Freeze. “These very rare diagnoses are only made possible when physicians, researchers and parents reach out across continents to families who’ve had nothing but questions.”

For the past 8 years, SBP has organized an annual symposium in San Diego where scientists, doctors, and families gather to discuss the latest in science and medicine, and meet other families coping with rare diseases.