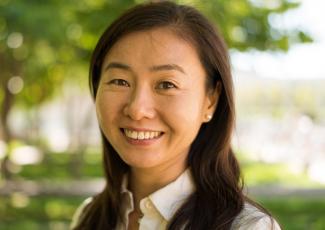 The largest study yet to examine which genes influence the amount of various metabolites—small molecules that are produced in the course of the body’s constant breakdown and building of other larger molecules—has been published in Nature Genetics. The research, led by Tao Long, Ph.D., assistant professor at Sanford Burnham Prebys Medical Discovery Institute (SBP), while she was at Human Longevity, Inc. (HLI), linked 101 new sites in the genome to 246 metabolites and uncovered 90 rare variants that lead to abnormal blood levels of certain metabolites.

“This work increases the number of genes known to affect the metabolome—the collection of all of an individual’s metabolites,” says Long. “It also reveals that more rare genetic variants are associated with unusually high or low levels of metabolites than was previously thought.”

Long’s team, directed by Amalio Telenti, M.D., Ph.D., chief scientific officer at HLI, was interested in the metabolome because it reflects what’s going on in the body at any given moment. Changes in metabolite levels could one day be used to diagnose diseases, but for that to be possible, scientists must first understand how the metabolome is influenced by a person’s genes.

The researchers conducted whole genome analysis and comprehensive metabolite profiling on 965 pairs of adult twins (both identical and fraternal). They found that ten percent of the non-related subjects carried rare genetic variants that influence the function of 17 genes. Of these 17 genes, 13 are associated with inborn metabolic errors and other pediatric genetic disorders.

“Ten percent is a much higher proportion than we expected,” Long adds. “The variations in blood metabolites that we observed could be indicators of health versus disease. Both the metabolic signatures and the rare variants we identified deserve further study.”

This article is based in part on a press release from HLI.