How Sanford Burnham Prebys is helping map the brain 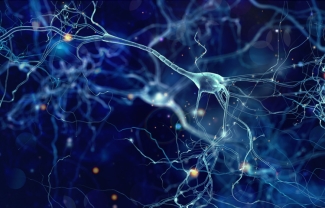 By joining forces with hundreds of researchers across the country, a team from the Chun Lab at Sanford Burnham Prebys are working to create a comprehensive map of the human brain, in the hopes of leveraging that knowledge to better treat brain disorders.

Researchers in the lab of Sanford Burnham Prebys professor Jerold Chun, M.D., Ph.D., have helped the NIH create a cellular atlas of the motor cortex – the area of the brain responsible for movement. Their work, published recently in the journal Nature, is the flagship paper for the NIH’s BRAIN initiative, a massive multi-institution project to unravel the mysteries of the human brain.

“There are hundreds of billions of cells in the brain, and identifying and classifying all the different types of brain cells is just too big a job for any single lab,” says Chun, who is a coauthor on the study. “Similar to efforts in particle physics, hundreds of neuroscientists have now come together and it’s really exciting for us to be part of this major effort.”

The NIH Brain Research through Advancing Innovative Neurotechnologies® (BRAIN) Initiative aims to revolutionize our understanding of the human brain to more effectively diagnose, treat and prevent neurological diseases and disorders. Since its launch in 2013, the BRAIN Initiative has awarded more than 900 grants to research institutions across the country, totaling $1.8 billion.

Chun is one of the principal investigators of the BRAIN Initiative Cell Census Network (BICCN), a subset of the Initiative that aims to develop a database of all the brain cell types in humans, mice, and non-human primates.

“While the project is about exploring the brain, what we’re really interested in over the long term is the clinical applications,” says study coauthor Carter Palmer. “Understanding the nuances of the brain and how the trillions of neural connections really work is going to lead us to new targets for therapies and diagnostics so we can help people heal.” Palmer is a graduate student in Chun’s lab, alongside fellow co-authors Christine Liu and William Romanow.

There are over 150 billion cells in the average human brain and well over a thousand different cell types, depending on how you characterize them. With such a vast landscape to track, many different types of data are needed to develop a comprehensive atlas of the brain.

For their part, the Chun Lab provided single-cell transcriptomes for human brain cells, focusing on the motor cortex. Single cell transcriptomes provide a measure of how hundreds to thousands of genes are expressed in individual cells and can provide hints as to what functions those cells are serving. This process also provides a molecular definition of cell types, making it easier for researchers to identify and classify them.

“Looking at how genes are expressed gives us a wealth of information on what cells are doing, how they develop and how they’re interacting with other cells,” says Palmer. “And when our data feed into the data from other teams, we start to get a much clearer picture of what’s happening in the brain than has ever been possible.”

Their flagship Nature paper is one of seventeen in a special edition of the journal, chronicling recent advances by hundreds of BICCN researchers. The team also contributed to a second paper in the issue, which expands on the first by comparing the motor cortex cells of humans, mice, and marmosets. These publications speak not only to the expertise of Chun and his colleagues, but to the power of collaborative, interdisciplinary work to achieve previously unheard-of research goals.

“Fifty years ago, a project like this would have been impossible, because we just didn’t have the technology or even basic knowledge to collaborate on such a large scale,” says Chun. “Huge initiatives like BRAIN are an important part of the future of scientific research, and we’re thrilled we were able to contribute to this milestone in neuroscience.”