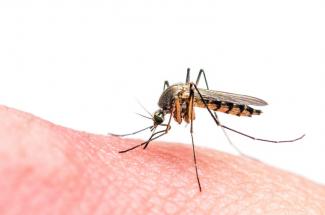 The Zika virus has been relatively quiet lately, but that doesn’t mean the danger is over. Zika can come roaring back at any time, generating severe birth defects and other health issues.

That makes it a race against time. Can scientists and clinicians develop effective Zika therapies before the virus rebounds? The normal drug discovery process takes 10 to 20 years, and we clearly don’t have that much time. But there’s another option: Retasking drugs that have already been approved for other conditions could dramatically shorten the approval process.

“It’s important to find drugs that are immediately available that you can put in the pipeline to treat Zika,” says Alexey Terskikh, Ph.D., associate professor at SBP.

A recent paper from Terskikh and UC San Diego’s Alysson Muotri, Ph.D., highlighted this possible solution. Published in Nature Scientific Reports, the study showed sofosbuvir (Sovaldi), a drug made by Gilead to treat hepatitis C, could also be effective against Zika.

Sovaldi neutralizes an RNA polymerase – an enzyme that transcribes RNA from DNA. By disrupting this pathway, Sovaldi prevents hepatitis C from replicating. Because Zika has a similar RNA polymerase, a number of labs have been looking at Sovaldi’s possible impact on the virus. The collaborative work conducted by the Terskikh and Muotri labs showed the drug decreased viral levels, reduced neural cell death and limited the amount of virus transmitted to babies.

This work reinforces a previous study, published in Nature Scientific Reports last November, that shows the anti-malaria drug chloroquine reduces Zika transmission between mothers and babies in a mouse model.

Chloroquine offers a number of advantages. It’s inexpensive, generally available in the countries most affected by Zika and poses no risk to pregnancy.

“Chloroquine has been tested in pregnant women for the past 50 years in high doses and has been found safe,” says Terskikh.

The researchers believe a drug cocktail, including Sovaldi, chloroquine and perhaps other drugs, could be effective against Zika.

“It’s possible we could use both drugs,” says Terskikh. “We are working on a grant proposal to test different combinations. Most antiviral therapies rely on a cocktail—for example many HIV treatments are a mix of three or four drugs.”

But most importantly for Zika, these drugs are already being made in significant quantities and, should another epidemic arise, could potentially help stem the outbreak and protect vulnerable people.