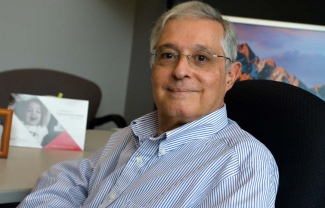 Millán has dedicated his career to understanding the mechanism of initiation of skeletal and dental mineralization. His pioneering research has led to the first-ever FDA-approved drug for a rare soft bone disease, hypophosphatasia (HPP); and a second drug candidate developed through a research collaboration with Daiichi Sankyo Company, Limited (Daiichi Sankyo) that entered a Phase 1, first-in-human clinical trial in 2017.

ASBMR’s award is named in honor of Lawrence G. Raisz, M.D., a prominent scientist, mentor, teacher and clinician in the field of bone and mineral metabolism. Raisz was a founding member of ASBMR and the first editor-in-chief of the Journal of Bone and Mineral Research.

“Lawrence G. Raisz deeply influenced the skeletal mineralization field, so it is a true honor to receive an award in his memory,” says Millán. “In accepting this award, I want to thank the many individuals who enabled our achievements—from the National Institutes of Health (NIH), which has generously funded our research since the 1980s, to the collaborators and lab members who were instrumental in our scientific advances. I also want to thank SBP for providing state-of-the-art technologies that were invaluable to our research.”

Millán was presented the award onstage today at the ASBMR 2018 Annual Meeting in Montreal.