Is there a type 3 diabetes? 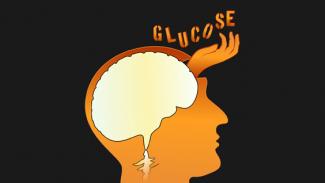 This article was written by guest blogger Jessica Frisch-Daiello, Ph.D.

People with type 2 diabetes are twice as likely to develop Alzheimer’s disease—a type of dementia affecting behavior, memory, and cognitive functions. According to the Centers for Disease Control and Prevention, in 2013 Alzheimer’s ranked sixth and diabetes was seventh as the leading causes of death in the United States. Recent studies are suggesting a link between insulin resistance in the brain and Alzheimer’s disease, prompting some researchers to consider a new classification for the disease: type 3 diabetes.

Juan Pablo Palavicini, Ph.D., an SBP postdoctoral fellow in the lab of Xianlin Han, Ph.D., is studying the role of a particular class of molecules found in the body that might give more clues to the mechanisms connecting these two seemingly disparate diseases. According to Palavicini, “We have found that a specific lipid class called sulfatide is severely deficient in the brains of both Alzheimer’s disease patients and type 2 diabetics. Moreover, our research shows that when sulfatide is removed, there is a dramatic change in insulin levels, beta amyloid peptides, and tau tangles. We are currently exploring therapeutic techniques to restore sulfatide content as a treatment for both diseases.”

Sulfatide serves many functions in the body, including aiding neural plasticity and memory. It also plays a role in insulin secretion. A change in the expression of sulfatide has been associated with a number of conditions, including Alzheimer’s disease, Parkinson’s disease, and diabetes.

Given the association between Alzheimer’s disease and diabetes, it is important for people to incorporate healthy habits in everyday life. Both the American Diabetes Association and the Alzheimer’s Association say that daily exercise, social interaction, and a diet emphasizing fruits, vegetables, and whole grains may reduce the risk of developing, or slowing the progression of, these diseases.

Dr. Palavicini and Dr. Han are pursuing this research as part of a mentor-based postdoctoral fellowship awarded by the American Diabetes Association. This article was written by Dr. Jessica Frisch-Daiello, a postdoctoral associate in Dr. Han’s laboratory at SBP.

centers for Disease Control and Prevention