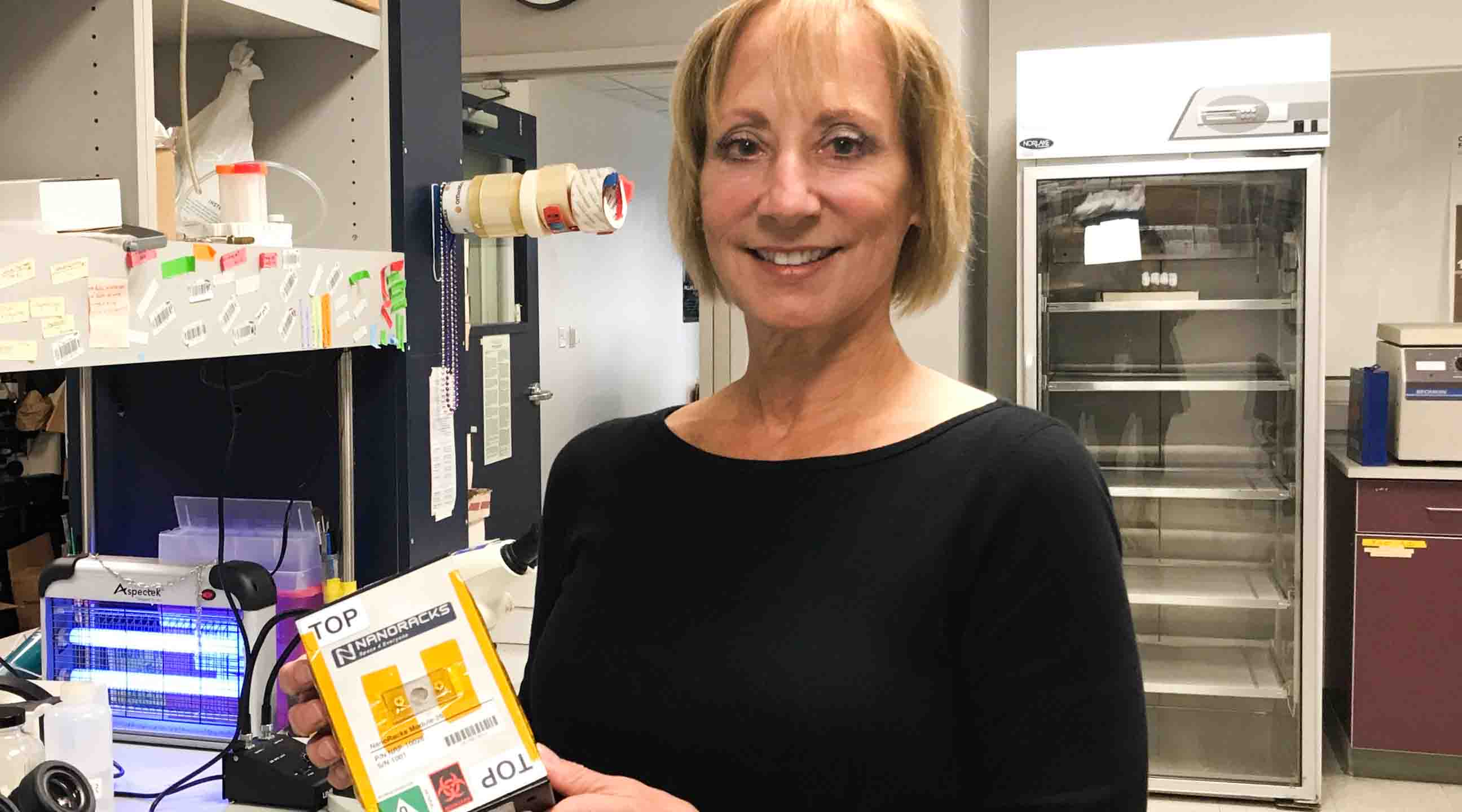 Researchers at Sanford Burnham Prebys Medical Discovery Institute (SBP) today announced six boxes of fruit flies (Drosophila melanogaster) will travel to the International Space Station (ISS) to study the impact of weightlessness on the heart. The fruit flies are scheduled to launch on June 1, 2017, from NASA’s Kennedy Space Center and will travel to the ISS via a SpaceX Dragon spacecraft. NASA is hosting a discussion about this and additional scientific investigations aboard the spacecraft via a livestream at 10 a.m. on Friday, EDT May 26.

Living in zero gravity is known to negatively impact the body’s cardiovascular system. Roughly 75% of disease-causing genes in humans are also found in the fruit fly, and most of the components found in human heart cells are also found in the fly heart, thus providing a model for studying cardiovascular changes. A total of 1,800 fruit flies will travel to the ISS and reside in space for one month. Both eggs and parents that will lay eggs onboard the ISS will be sent, enabling study of flies that have spent their whole life in an almost zero—microgravity—environment. Wild type (“normal”) flies and those that lack an important ion channel, which models a heart disorder, will travel to the ISS.

“As interest in space travel grows—for both research and commercial aims—it is increasingly important to understand the effect a microgravity environment can have on the human heart for both the traveler and their potential future children,” said Karen Ocorr, Ph.D., assistant professor of the Development, Aging and Regeneration Program at SBP. “This experiment will help reveal the short- and long-term effects of space travel on the cardiovascular system, using fruit flies as a model. Once we understand these molecular changes we can work on creating interventions that could help protect the heart in space, and potentially help us treat cardiovascular disorders in humans on Earth as well.”

Once the fruit flies return from the ISS, comprehensive measurements of cardiac function will be taken, including climbing assays to measure skeletal muscle function, heart function assays as well as genetic assays. Generational studies of the offspring of the flies that traveled to space will be conducted, which will help reveal the impact space travel could have for individuals considering having children.

“We know that environmental stress can cause epigenetic changes—modifications to our DNA—that are passed along to future generations,” said Ocorr. “In addition to potential therapeutic value, studying the progeny of these fruit flies will help us better understand the effects space travel could have on our children or grandchildren.”

A preliminary experiment was competitively selected for launch to the space station by the Space Florida International Space Station Research Competition and was supported by NanoRacks, and the Center for Advancement of Science in Space (CASIS). The current mission is funded by a research grant from NASA to Rolf Bodmer, Ph.D., and Karen Ocorr, Ph.D., professors at SBP and Sharmila Battacharya, Ph.D., from NASA-Ames Research Center.