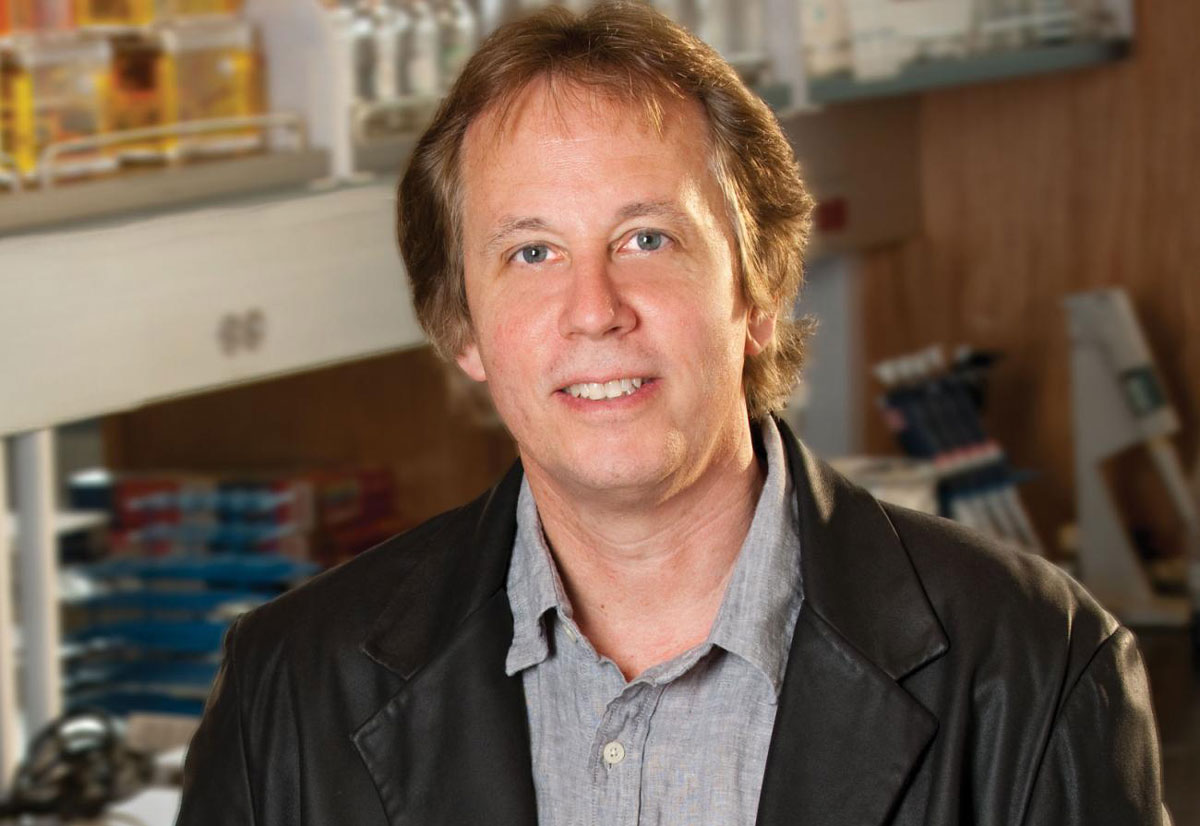 Jamey Marth, Ph.D., professor at Sanford Burnham Prebys Medical Discovery Institute (SBP), is the 2017 recipient of the Society for Glycobiology’s Karl Meyer Award. The international award is given to well-established scientists with currently active research programs who have made widely recognized major contributions to the field of glycobiology. Marth is also the Carbon Professor of Biochemistry and Molecular Biology, Mellichamp Professor of Systems Biology, and Director of the Center for Nanomedicine at UC Santa Barbara.

Marth’s groundbreaking studies in the 1990s vastly expanded our understanding of the functions of complex sugar chains, called glycans, found on most secreted and cell-surface proteins. Marth’s lab was the first to study the function of specific glycan linkages in mouse models of embryonic development and disease, showing that the modification of proteins with glycans contributed to many physiological processes. These investigations indicated that problems with glycan formation contribute to syndromes as diverse as anemia, type 2 diabetes, sepsis and autoimmune conditions such as lupus.

“Jamey is highly deserving of this prestigious award,” says Kristiina Vuori, M.D., Ph.D., president of SBP. “His research is incredibly innovative. A major reason he was able to make seminal discoveries in the field of glycobiology is that he figured out how to use genetic recombination to turn off genes only in certain cells at precisely controlled times, which has since proven incredibly useful for creating disease models.”

The advances made by Marth’s team have changed the understanding of several diseases, and could inform the development of new treatments. For example, their work on a specific glycosylating enzyme revealed a new mechanism that triggers autoimmunity—changes to human proteins that make them appear foreign to immune cells. In addition, Marth’s lab discovered that normal insulin secretion depends upon proper glycosylation of a transporter that moves glucose into pancreatic beta cells. That finding allowed them to identify the molecular players involved in that process, which span lipids, genes, proteins and glycans, and could represent targets for the design of future drugs to prevent and treat type 2 diabetes.

Marth’s focus on protein glycosylation led to his current work on sepsis, the life-threatening, whole-body inflammatory response to bacterial infection that kills more than 200,000 people each year in the U.S. He’s leading a multi-institution consortium and program project grant funded by the National Institutes of Health that’s examining how changes to glycans on blood proteins affect the development of sepsis.

“We recently discovered a mechanism of secreted protein aging and turnover that appears applicable to cell surface proteins as well,” says Marth. “This mechanism is altered in the early stages of sepsis and has a profound impact on pathogenesis and survival. We expect that further exploring these mechanisms will lead to radically new ways to treat this condition.”