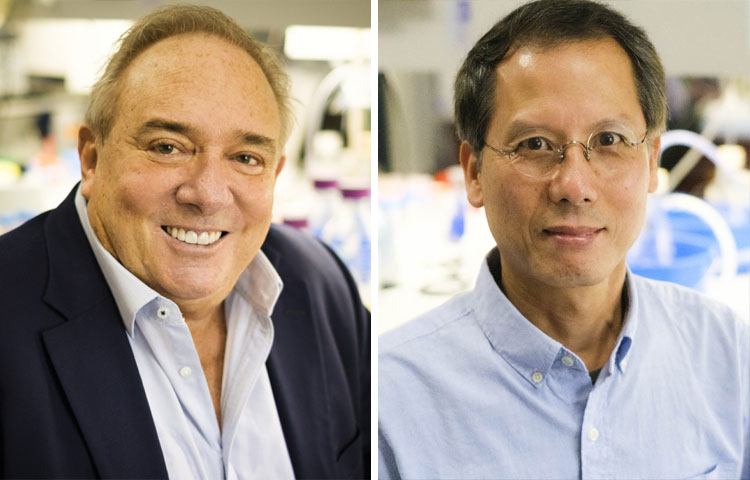 Research led by Randal J. Kaufman, Ph.D., has found that misfolded proteins in liver cells contribute to the development of liver cancer, shedding new light on the mysterious origins of one of the world’s deadliest diseases. The findings, published in the journal Molecular Therapy, could also help improve the safety of certain gene therapies for hemophilia.

“Liver cancer takes many years to develop, but it is one of the fastest-growing causes of cancer-related death in the United States,” says Kaufman, a professor at Sanford Burnham Prebys. “There is still a lot of mystery about what causes liver cancer to develop, and our findings show for the first time that misfolded proteins in liver cells play a key role. This effect needs to be taken into account when developing therapies that help the liver produce proteins, such as those for hemophilia A.”

About 400 babies each year are born with hemophilia A, a bleeding disorder caused by a deficiency in a blood-clotting protein called factor VIII (FVIII). Hemophilia B has similar symptoms, but is much more rare and is caused by a different protein deficiency. If left untreated, both forms of the disease can be deadly.

“Years ago, the only way to treat hemophilia was with proteins isolated from human blood, which came with a lot of risk for patients,” says Zhouji Chen, Ph.D., a research associate professor working with Kaufman. “Thankfully, this is no longer the case, but we still have a long way to go toward making treatment for this disease safe, effective and economical for everybody.”

Factor VIII is normally manufactured by endothelial cells in the liver. Protein replacement therapy is currently the standard of care for hemophilia A, which works by giving patients FVIII that is produced in the lab using cultured mammalian cells. Although this approach is effective, it is also expensive and inefficient. More important, this approach does not cure the disease, and patients must continue to receive treatments throughout their lives.

Gene therapy avoids some of the pitfalls of standard hemophilia treatments by helping hepatocytes, the predominant cell types of the liver, make their own blood-clotting proteins. This approach is currently being studied in clinical trials, and was recently approved by the FDA for hemophilia B. Gene therapy for hemophilia A is not far behind—it was granted conditional approval by the European Union earlier this year.

However, there is one major downside to gene therapy for hemophilia A: The version of FVIII produced through gene therapy often fails to fold into the right shape, making it both useless and dangerous.

“When misfolded proteins accumulate, it puts a lot of stress on cells, and this is at the core of many diseases, including cancer,” says Kaufman. “Gene therapy for hemophilia could transform the way we care for people with this disease, but the effects of protein misfolding on hepatocytes need to be considered to ensure the safety and durability of these treatments over time.”

To learn whether misfolding of FVIII in hepatocytes can trigger liver cancer, the researchers helped two groups of mice produce versions of FVIII that misfold at different rates. The mice were also fed a high-fat diet to speed up liver tumor development. This was important because chronic liver stress is often a precursor of liver cancer.

At the end of the study, all mice that had the more-misfolded protein had developed liver cancer, compared to only 58% of those in the other group.

“We saw a direct link between how much FVIII misfolds and the development of liver cancer,” adds Chen.

The findings suggest that gene therapy for hemophilia could increase certain patients’ risk for developing liver cancer over many years of treatment. They also suggest that this risk could be decreased by closely monitoring patients receiving these treatments and developing better-folding variants of FVIII that can be used for gene therapy applications.

“This study has potentially far-reaching general implications beyond gene therapy for hemophilia,” says Glenn Pierce, M.D., Ph.D., who serves on the World Federation of Hemophilia and the National Hemophilia Foundation. He also co-authored a commentary on Kaufman’s study in the same edition of Molecular Therapy. “The results suggest that hepatic expression of proteins that misfold and thus induce cellular stress followed by a second insult on the liver such as a high-fat diet may predispose to malignancy.”