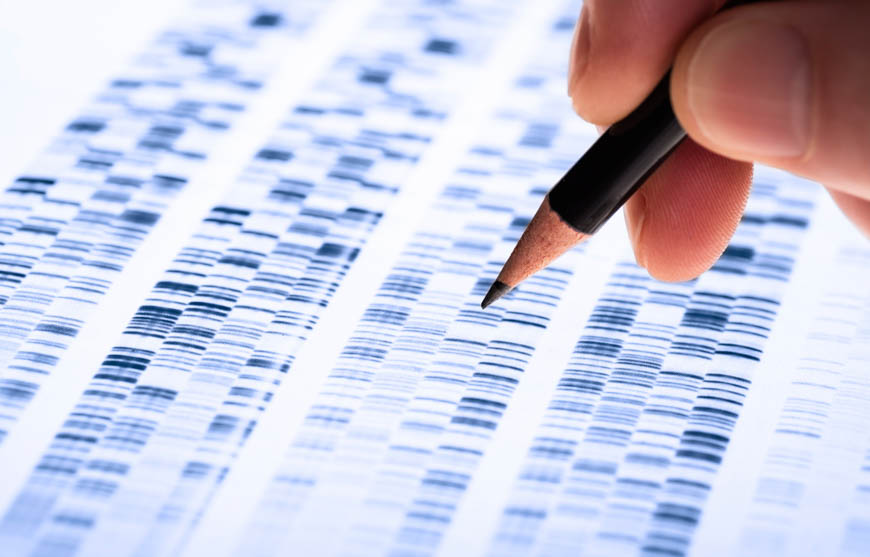 Colorectal cancer is the third-leading cause of cancer-related deaths in the U.S.

Colorectal cancers arise from earlier growths, called polyps, found on the inner surface of the colon. Scientists are now learning that polyps use two distinct molecular pathways as they progress to cancer, called the “conventional” and “alternative” pathways. The latter leads to an often treatment-resistant tumor, called serrated colorectal cancer; thus, distinguishing between these two cancer types holds implications for patient care. However, lack of a diagnostic test to identify serrated colorectal cancer has limited doctors’ and scientists’ understanding of this cancer type–and has hindered the development of effective treatments.

Now, scientists from Sanford Burnham Prebys Medical Discovery Institute (SBP), in collaboration with clinicians from Scripps Clinic, have identified that the loss of two genes drives the formation of serrated colorectal cancer—yielding potential biomarkers. The research has also identified a combination treatment that has treated the cancer in mice. The study published today in Immunity.

In the mice lacking these two genes, the researchers found that the tissue surrounding the tumor (stroma) was activated—a common hallmark of aggressive cancer—and cells displaying PD-L1, a protein that tumor cells often over-express to hide from the immune system, infiltrated the tissue. Combined treatment with a compound that de-activates the stroma, called a TGF-beta receptor inhibitor, and a second compound that re-activates the immune system, called anti-PD-L1, reduced the number and size of tumors.

“Our findings identify both a promising combination treatment for serrated colorectal cancer and potential biomarkers that can identify this cancer subtype—both of which are urgently needed,” says Jorge Moscat, Ph.D., senior author of the paper and director and professor in SBP’s Cancer Metabolism and Signaling Networks Program. “Additionally, the mouse model we created more closely mirrors the human disease, an important step that could help reveal more insights into this deadly cancer.”

The study also holds relevance for people with inflammatory bowel disease (IBD), an umbrella term for ulcerative colitis and Crohn’s disease. For reasons that aren’t well known, individuals with IBD have an increased risk of colorectal cancer.

The scientists previously identified that expression of one of the genes involved in tumor formation in this study, protein kinase C lambda/iota, is also reduced in people with IBD. In this study, the scientists found that loss of the second gene, protein kinase C zeta, impaired immune surveillance, which drove the development of serrated colorectal cancer. Loss of this gene reduced levels of CD8+ cells, which circulate in the body and kill unwanted foreign and tumor cells.

“For people with IBD who already have reduced levels of protein kinase C lambda/iota, losing immune surveillance may be the ‘last straw’ in their line of defense against cancer,” says study author Maria Diaz-Meco, Ph.D., a professor in the Cancer Metabolism and Signaling Networks Program at SBP. “This finding could help explain why these individuals carry an increased risk of cancer. Additionally, people with IBD are currently treated with immune-suppressing treatments. Because we show loss of immune surveillance drives colorectal cancer, this indicates we need to better understand the immune system’s involvement in progression from IBD to colorectal cancer.”

Indeed, the SBP scientists are already making plans to study the early molecular steps that lead to the development of serrated colorectal cancer.

“It is very important that we understand how serrated colorectal cancer develops—especially as we know people with IBD are at risk for developing cancer,” says Moscat. “If we can identify the early mechanism of tumor initiation, we might be able to catch cancer early on in these patients.”

Research reported in this press release was supported by National Institutes of Health (NIH) grants R01CA207177, R01CA172025, R01CA192642 and R01CA218254. Additional support was provided by the JSPS Postdoctoral Fellowship for Research Abroad and by the Crohn’s & Colitis Foundation of America. The content is solely the responsibility of the authors and does not necessarily represent the official views of the NIH. The study’s DOI is 10.1016/j.immuni.2018.09.013.