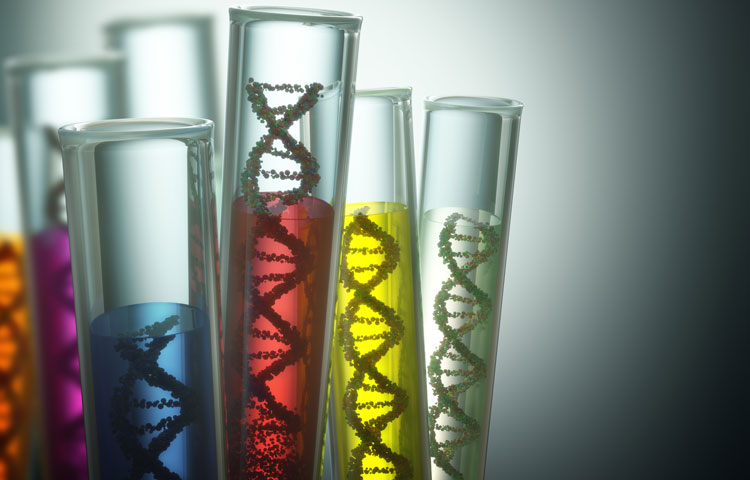 The nutritional supplement has dramatically improved the lives of other children with the rare metabolic disorder.

Scientists at Sanford Burnham Prebys Medical Discovery Institute and the Centro de Biología Molecular Severo Ochoa in Spain have created a test that determines which children with CAD deficiency—a rare metabolic disease—are likely to benefit from receiving uridine, a nutritional supplement that has dramatically improved the lives of other children with the condition. The study was published in Genetics in Medicine.

“The effect of uridine for some children with CAD deficiency is nothing short of amazing. These kids go from bedridden to interacting with people and moving around,” says Hudson Freeze, Ph.D., director of the Human Genetics Program at Sanford Burnham Prebys and co-corresponding author of the study. “Our results identified 11 children who have mutations in both copies of the CAD gene and would likely benefit from uridine therapy. With this test, we can provide hope to some families, while sparing others from unrealistic expectations. That’s incredibly important.”

When we are born, we receive two copies of each of our genes: one from our mother and one from our father. If one gene contains a variation that damages its function, earning the title “mutation,” the other gene can function as a backup that keeps the body working. However, if both genes contain mutations, then function is fully disrupted and disease can occur.

CAD deficiency occurs when both copies of the CAD gene contain mutations and the body is unable to produce uridine—a molecule essential for healthy metabolism. Only 17 individuals in the world are known to have the condition, including the 11 children identified in the study. While there are more than 1,000 known variations in the CAD gene, until now scientists didn’t know whether a change was simply a variant, which doesn’t alter function; or a mutation, which disrupts uridine production. This information is needed for doctors to determine the best way to care for these children.

Providing doctors and parents with answers

In the study, the scientists created a cell-based assay that was able to test if a CAD variation is pathogenic based on the cell’s ability to grow with or without uridine. The researchers tested 25 suspected CAD cases—meaning the symptoms witnessed by the doctor matched the disease, and two variants in the CAD gene were present. Of these samples, the scientists found 11 that had two damaging variations—or mutations—that disrupted uridine production. These individuals would likely benefit from supplemental uridine and represent new cases for the field.

“Now, we have a test that gives us a definitive ‘black or white’ answer about the effects of certain variations in the CAD gene,” says Freeze. “It’s important to have this information because doctors will either need to keep hunting for the mutation that is causing the child’s symptoms, or immediately start uridine therapy. The sooner we can get definitive answers, the faster we can take actions that will best help these children.”

CAD deficiency is a congenital disorder of glycosylation (CDG), an umbrella term for more than 140 disorders caused by mutations that impair glycosylation—the complex process by which cells build long sugar chains that attach to proteins called glycoproteins. Children with CAD deficiency experience developmental delays, seizures and other serious symptoms. Recent studies have shown that giving these children uridine, which is available as a nutritional supplement, can dramatically improve their symptoms. After receiving uridine, their seizures halted, cognitive and motor development improved, and alertness increased.

“It’s likely that only a handful of the 1,000 variants in the CAD gene cause detrimental changes to uridine production,” says Santiago Ramón-Maiques, Ph.D., a researcher at the Centro de Biología Molecular Severo Ochoa and co-corresponding author of the study. “This assay allows us to identify these variants, and to help affected children get the best treatment possible.”