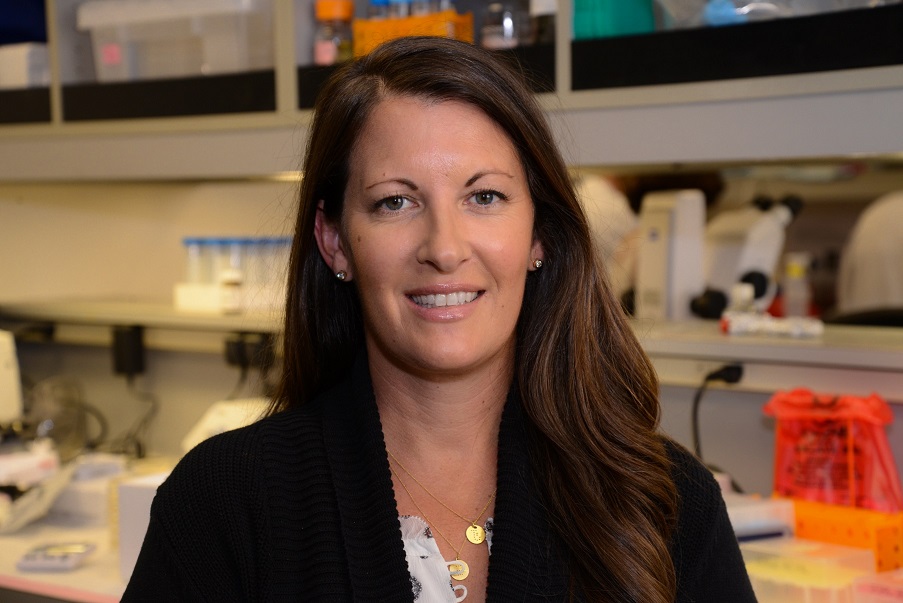 LA JOLLA — One major hallmark of cancer cells is their ability to adapt to stressful conditions such as nutrient deprivation. Rapidly growing tumor cells must compete for the ever-diminishing supply of nutrients in the surrounding environment to survive and proliferate. Targeting these adaptive mechanisms represents a promising approach for cancer therapeutics.

Sanford Prebys Medical Discovery Institute (SBP) researchers recently discovered an alternative metabolic pathway that might be used by cancer cells to survive nutrient deprivation. As reported May 3 in the journal Molecular Cell, two proteins belonging to the PI5P4K family of enzymes-- PI5P4Kα and PI5P4Kβ --are critical for a process called autophagy, which provides nutrients to starving cells by recycling cellular compartments. According to the authors, targeting these proteins to disrupt autophagy in cancer cells is an exciting therapeutic strategy that could minimize toxicity.

"The importance of this alternative pathway has been obscure since the discovery of these enzymes by the Lewis Cantley laboratory 20 years ago," says senior study author Brooke Emerling, Ph.D., assistant professor in the Cancer Metabolism and Signaling Networks Program at SBP. "Our study identifies a novel regulatory step in the process of autophagy and sheds light on the anti-cancer potential of PI5P4K inihibitors."

Cells that are deprived of nutrients can maintain sufficient energy levels by degrading and recycling unnecessary or dysfunctional cellular components. This survival mechanism, known as autophagy, also plays key roles in a variety of processes such as development and aging, and is often perturbed in various diseases including neurodegenerative disorders, skeletal muscle myopathies, heart disease, liver disease and cancer.

During autophagy, cellular components such as abnormal molecules or damaged organelles are first sequestered within vesicles known as autophagosomes. These vesicles then fuse with organelles called lysosomes, which contain enzymes that break down various molecules. Even though tight control of autophagy is key to survival, relatively little is known about the signaling molecules that regulate this essential process.

In the new study, Emerling and Lewis Cantley, Ph.D., of Weill Cornell Medical College discovered that the PI5P4K family of enzymes, whose biological functions were previously unclear, plays a critical role in autophagy during times of metabolic stress. Deletion of the genes encoding the two most active enzymes in this pathway, Pip4k2a and Pip4k2b, in the liver of mice caused an accumulation of lipid droplets and autophagic vesicles during fasting. Similar changes were observed in nutrient-starved worms lacking the PI5P4K ortholog.

Additional experiments revealed what caused these autophagy defects. Nutrient-starved cells lacking Pip4k2a, Pip4k2b, and the tumor suppressor protein p53 showed evidence that autophagosomes could not successfully fuse with lysosomes. This impairment reduced the supply of nutrients such as glutathione and amino acids in addition to key cellular metabolites including Acetyl-CoA. "Taken together, the findings reveal a novel, evolutionarily conserved pathway that enhances the ability of multicellular organisms to digest lipids and survive starvation during periods of food deprivation," Emerling says.

In a study published in the journal Cell in 2013, Emerling and Cantley found that a subset of breast cancers express high levels of PI5P4Kα and PI5P4Kβ. They also showed that these enzymes are essential for the growth of p53-deficient breast cancer cells. Moreover, deficiency in Pip4k2a and Pip4k2b dramatically reduced tumor formation and increased tumor-free survival in mice lacking p53. But at the time, it was not clear exactly how PI5P4Ks promoted the growth of p53-deficient cancer cells.

The new study sheds light on this question, suggesting that these enzymes enhance the ability of cancer cells to adapt to nutrient scarcity commonly found in the tumor microenvironment. Collectively, the studies suggest that PI5P4K inhibitors could effectively treat cancers with mutations in p53 by interfering with autophagy.

However, additional research is needed to dissect the distinct roles of the PI5P4Ks and their relationship with p53 in tumor metabolism. Emerling's lab is now focused on determining the role of the PI5P4K enzymes in p53-deficient cancers, especially the triple-negative breast cancer subgroup, which is associated with a poor prognosis due to the lack of effective targeted therapies.

"Given the high frequency of p53 mutations in human cancers, and how difficult it is to directly target p53 with drugs, our findings provide vital information for developing successful PI5P4K inhibitors for p53-mutant cancers," Emerling says. "These enzymes are extremely druggable, so it is exciting to think that targeting them with novel compounds could be an effective therapy for cancer and other autophagy-related conditions."