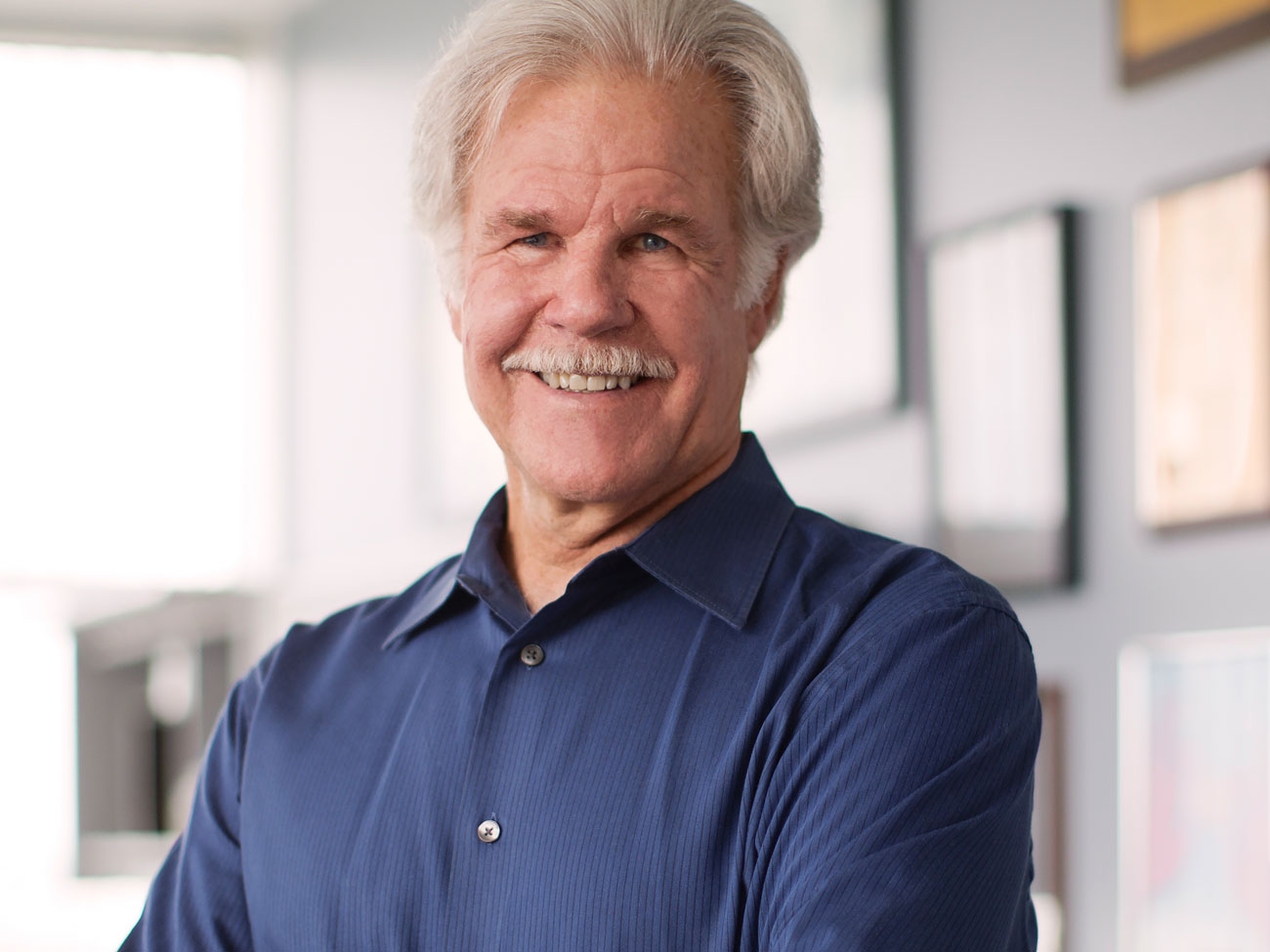 Research in the Laboratory of Molecular Immunology is directed at defining the intercellular communication pathways controlling immune responses.  Our work is focused on the Tumor Necrosis Factor (TNF)-related cytokines in regulating decisions of cell survival and death, especially in responses to viral pathogens. Translational research is redirecting the communication networks of TNF superfamily to alter the course of autoimmune and infectious disease and cancer.

The laboratory’s work has lead to the discovery of several members of TNF cytokine superfamily and their signaling circuitry. The importance of the signaling circuitry of the immediate family of TNF related cytokines is apparent in the diversity of physiological systems dependent upon their function. TNF, LTαβ and LIGHT modulate lymphoid organ development, homeostasis, and architecture representing cellular interactions between lymphocytes, antigen presenting cells and surrounding stromal cells. These cellular interactions initiate effective host defenses to viral pathogens. Moreover, our studies on modulation the TNF/LT related cytokines by viruses is revealing novel targets for intervention in autoimmune diseases.

The Lymphotoxin-αβ and LIGHT cytokine systems, along with TNF, form an integrated cytokine-signaling circuit that regulates the development and homeostasis of the innate and adaptive immune systems (Fig. 1). The TNF related cytokines assemble as trimers and cluster their specific cell surface receptors to initiate signaling. Both TNF and LTα bind two TNF receptors (TNFR) type 1 and 2. LTα forms a heterotrimer with membrane anchored LTβ creating a ligand with distinct receptor specificity. In contrast with LTα, the LTα1β2 heterotrimer signals exclusively via the LTβ receptor (LTβR), which is expressed on stromal and myeloid cells. LTβR is also activated by another ligand, LIGHT, which binds to the herpesvirus entry mediator (HVEM). A viral ligand, the envelope glycoprotein D of Herpes Simplex virus also binds to HVEM. The signaling pathways activated by these receptors show commonality, yet distinctions exist that reveal each pathway’s unique contribution to cellular differentiation. A goal of the laboratory is to develop a full understanding of the integrated physiological functions of these cytokines in disease pathogenesis. Targeting TNF aids in controlling inflammation in some but not all autoimmune diseases, thus, elucidating the fundamental properties of these communication circuits may provide new opportunities in the clinic. 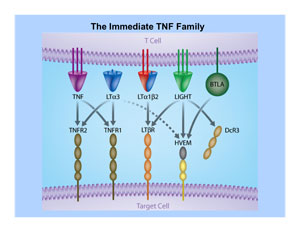 The NFkB inducing kinase (NIK) is the key molecule that controls the non-canonical pathway of NFkB activation by several members of the TNF receptor superfamily through direct binding of the TRAF adaptors. In unstimulated cells, constitutive proteosome degradation prevents NIK from accumulation. Degradation of NIK is mediated by a cytosolic ubiquitin E3 ligase comprised of TNFR-associated factors (TRAF), a family of Zinc RING finger proteins. The ubiquitin:NIK E3 ligase is a multisubunit complex comprised of TRAF3 and TRAF2 in association with the cellular inhibitors of apoptosis (cIAP)-1 and 2. In the complex, TRAF3 binds NIK, and TRAF2 engages cIAP. All three subunits contain RING and Zn finger motifs that are required for ubiquitin E3 ligase activity and NIK turnover. This highly efficient ubiquitin:NIK E3 ligase maintains NIK at vanishing low levels, below detection by the most sensitive assays. Thus, TRAF3 and TRAF2 function as inhibitors of NIK suppressing NFkB activation.

The trimeric ligands of the TNF superfamily initiate signaling by clustering of their cognate receptors; however, the translation of receptor ligation to the activation of intracellular signals is unknown. TRAF3 and TRAF2 directly associate with LTβR and other receptors rapidly after ligand binding, implicating their role in signaling. Our work revealed that the TRAF3 binding site for NIK is located in the common receptor-binding crevice, thus the recruitment of TRAF3 to the ligated LTβR directly competes with NIK for TRAF3 (Fig.2). Similarly, recruitment of TRAF2 to the LTβR displaced cIAP from TRAF2. Furthermore, TRAF2 and TRAF3 recruited to the LTbR cytosolic domain were polyubiquitinated and degraded. Polyubiquitination and degradation of TRAF3 and TRAF2 was dependent on the TRAF2 RING domain. NIK liberated from its association with TRAF3 engaged IKKα propagating the serine kinase cascade leading to the formation of the active NF-kB p52/RelB transcriptional complex. Together, these results indicate the LTβR serves as an allosteric regulator by competitively displacing the substrate NIK and redirecting the specificity of the ubiquitin:NIK E3 ligase to ubiquitinate the TRAF molecules.

Fig. 2 Allosteric regulation of ubiquitin:NIK and TRAF3 E3 ligase by the LTβR. NIK is maintained at low levels in non-stimulated cells by Ub-dependent degradation via Ubiquitin:NIK E3 ligase consisting of TRAF3-TRAF2-cIAP complex. Ligation of LTβR recruits TRAF3 and TRAF2, with binding in the TRAF crevice, where NIK and cIAP also bind. LTβR competitively displaces NIK and cIAP, which halts the ubiquitinylation of NIK. F474 in TRAF3, and F410 in TRAF2 define the key binding sites for LTβR, NIK and cIAP. The specificity of the ubiquitin ligase is redirected to TRAF3 and TRAF2 when bound to the LTβR, forming a ubiquitin:TRAF E3 ligase that catalyzes polyubiquitination of TRAF2 and TRAF3. Consequentially, TRAF3 and TRAF2 are rapidly degraded depleting the cellular pools of TRAF3 and TRAF2, and allowing ligated LTβR to bind more TRAF3. Liberated NIK binds IKKα promoting p100 processing, essential for the formation of the RelB/p52 transcription complex.

The functional role of LIGHT-HVEM in immune physiology has emerged as a potent activation signal for T cells. For instance, mice that constitutively expressed LIGHT in T cells developed a profound intestinal inflammation with expansion of activated T and B cells reminiscent of inflammatory bowel disease (IBD), an intestinal autoimmune condition with multigenic inheritance patterns. Recent identification of a genetic susceptibility locus for human inflammatory bowel disease at chromosome 19p13.3 revealed LIGHT as a candidate, although this chromosomal region is gene dense with several interesting candidates. Polymorphic variants in LIGHT impact in opposite fashion binding to LTβR and DcR3. These polymorphisms may represent natural selections in attempts to achieve balance between homeostasis and the inflammation and tissue damage needed for effective host defenses. These findings provide additional clues to the role of LIGHT in IBD.

Another distinct role for HVEM was revealed as an activator of an inhibitory cosignaling molecule, B T lymphocyte attenuator (BTLA). This finding represents the first example of a TNFR interacting with an Ig family member. HVEM appears to serve as a molecular switch between proinflammatory and inhibitory cosignaling for the activation of T cells. 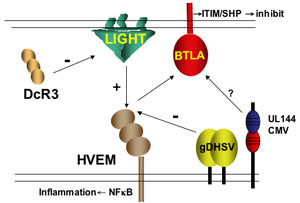 Herpesviruses are adept at modifying host immune responses. These pathogens persist in the host despite strong immune responses. The large DNA genomes of herpesviruses encode a variety of immune modulators, many of which have unknown functions. TNF signaling pathways regulate cell survival and death providing strong selective pressure for pathogens to evolve specific evasion mechanisms. Targeting members of the TNF/LT superfamily of cytokines is a strategy found in all herpesvirus, which suggests the existence of an intimate evolutionary link in their host-parasite relationship. We are interested in exploiting this evolutionary knowledge to learn how to control the immune system without causing immune suppression. Our recent studies indicate that evolutionary divergent herpesviruses target the LIGHT-HVEM-BTLA system (Fig. 3) providing strong evidence that this pathway is important for the T cell functions.

This intimate relationship between herpesvirus and the TNF-related cytokines led to the discovery of a novel mechanism of virus suppression by our laboratory. The experiments revealed the ability of LT-related cytokines to mediate a non-apoptotic block of viral replication that requires NFkB-dependent activation of interferon beta (IFNβ) gene expression. The dependence on virus and Lymphotoxin signaling to induce IFNb provides a molecular example of host-virus coexistence, which may in part account for the ability of CMV to establish a state of coexistence (détente), with its immunocompetent host. Our major goal is to use this knowledge to develop new approaches to the treatment of persistent virus infections.

Dr. Carl F. Ware received his Ph.D. in Molecular Biology and Biochemistry from the University of California, Irvine in 1979. From 1979-81, while supported by a prestigious National Research Service Award from the NIH, Dr. Ware conducted research at the University of Texas Health Science Center in San Antonio in membrane biochemistry and the complement system with Dr. W. Kolb. In 1981, Dr. Ware joined the research groups of Dr. Jack Strominger and Dr. Tim Springer at Dana-Farber Cancer Institute, Harvard Medical School, where he developed monoclonal antibodies to discover several membrane proteins associated with T cell function. Dr. Ware established his research laboratory in 1982, as an Assistant Professor of Immunology in the Biomedical Sciences Program at the University of California, Riverside, advancing to full professor before joining the La Jolla Institute for Allergy and Immunology in 1996 as Head of the Division of Molecular Immunology. Dr. Ware also holds a joint appointment in the Department of Biology at the University of California, San Diego. In 2010, Dr. Ware was recruited to Sanford-Burnham as Director of the Infectious and Inflammatory Diseases Center, where he continues his research in molecular immunology and virology. Dr. Ware also advises several biotechnology companies on approaches to drug development and most recently, he founded CoSignaling Pathway Research, Inc., to help translate his discoveries into new therapies for cancer, infectious and autoimmune diseases. 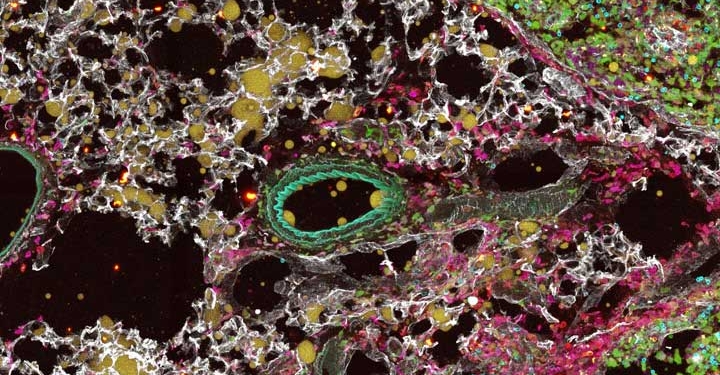 The Lymphotoxin Network: orchestrating a type I interferon response to optimize adaptive immunity.

Regnase-1 is essential for B cell homeostasis to prevent immunopathology.