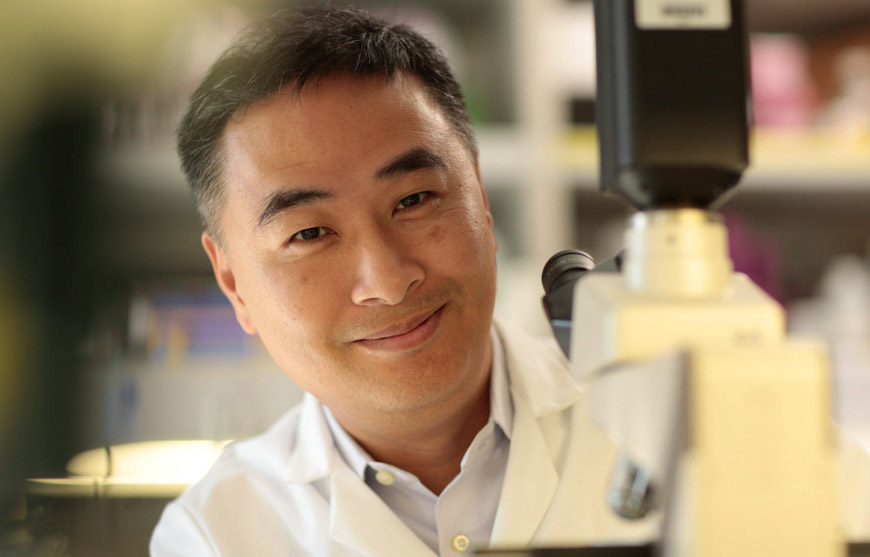 Scientists have discovered a protein called membralin plays a key role in ALS and have identified a membralin-boosting gene therapy.

On June 2, 1941, at the age of 37, baseball player Lou Gehrig succumbed to amyotrophic lateral sclerosis (ALS), a progressive muscle degeneration disease. Today, nearly 80 years following his death, scientists are still searching for the root cause—and an effective treatment—for the condition.

Now, scientists from Sanford Burnham Prebys have revealed that a protein called membralin plays a key role in ALS and identified a membralin-boosting gene therapy that extended the survival of mice with ALS-like symptoms. The study was published in the Journal of Clinical Investigations.

“ALS is a devastating condition in urgent need of new treatments. However, researchers are still grappling with the basics: what causes ALS and what causes it to progress,” says John Ravits, M.D., a study author and professor of clinical neurosciences at UC San Diego. “This study provides an important new perspective into the mechanism(s) that may drive ALS, and a potential therapeutic direction, which are both critical first steps toward finding effective medicines.”

ALS, often referred to as Lou Gehrig's disease, is caused by loss of motor neurons in the brain and spinal cord which leads to gradual muscle decline. Most people are between the ages of 40 and 70 when they are diagnosed; approximately 16,000 Americans have the condition, according to the ALS Association. For unknown reasons, military veterans are nearly twice as likely to be diagnosed with the disease. There is no cure or effective treatment.

“Our findings identify a new mechanism for ALS’ pathogenesis and suggest that modulating membralin has potential in ALS therapy,” says Huaxi Xu, Ph.D., senior author of the paper and professor and the Jeanne and Gary Herberger Leadership Chair of Sanford Burnham Prebys’ Neuroscience and Aging Research Center. “These insights help inform the development of potential treatments that might slow or halt the disease’s progression.”

Much about membralin, which was discovered in 2002, remains a mystery. Scientists know the protein is part of the cell’s protein disposal machinery, called the endoplasmic reticulum-associated degradation system, and Xu’s work previously revealed the protein’s involvement in Alzheimer’s disease. To better understand membralin’s role in neurodegenerative diseases, he and his team created mice that lacked the protein in various brain cells, such as motor neurons, astrocytes, microglia, and oligodendrocytes.

“We were surprised by the phenotypes of the membralin-lacking mice,” says Lu-Lin Jiang, Ph.D., the first author of the study and a postdoctoral researcher in the Xu lab. “They had clear muscle impairments that mirrored ALS symptoms in humans. This finding was especially unexpected—and fortuitous—as previous genome-wide association studies (GWAS) had never identified the membralin gene as a potential culprit in ALS.”

The scientists designed a series of experiments to further explore their findings, including analyzing several mouse models of ALS, studying astrocytes that lack the protein and analyzing spinal cord samples from people with and without ALS. Their results showed that a neurotransmitter called glutamate accumulates in the region outside of membralin-deficient astrocytes. Excess glutamate is known to kill neurons, so this evidence provided a clue to the pathogenesis of ALS. The glutamate surplus was driven by downregulation of a glutamate transporter, called EAAT2. Analysis of tissue samples from people with ALS confirmed that levels of membralin and the EAAT2 transporter are strongly correlated and both reduced in human disease.

As part of the study the scientists also designed an adeno-associated virus (AAV) that can elevate membralin levels. ALS mice treated with the membralin-boosting AAV lived nearly two weeks longer than mice without the treatment—indicating that boosting membralin or associated proteins holds promise as a potential therapeutic approach.

Next, the scientists plan to investigate whether this same mechanism—impaired EAAT2 expression and glutamate overexpression—also occurs in Alzheimer’s disease, another disorder in great need of an effective treatment.

This study is dedicated to the memory of Dongxian Zhang, Ph.D., a professor at Sanford Burnham Prebys who passed away from brain cancer in 2017.