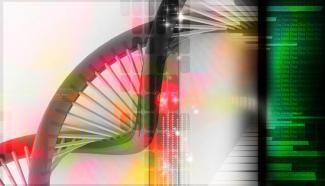 Thanks to huge improvements in DNA sequencing technology, scientists have identified almost all the genes present in humans. Despite this achievement, there are still thousands of genes whose functions remain a mystery. Since genes are basically blueprints for making the proteins needed to run our cellular machinery, connecting genes with the specific functions of their encoded proteins is a critical next step in using genomic information to solve health-related problems.

Bridging the gap between gene sequence and protein function is the topic of a study published in the Journal of Biological Chemistry by Yu Yamaguchi, M.D., Ph.D., professor at SBP. According to Yamaguchi, “There has been a long-standing mystery concerning the processing of hyaluronic acid (HA), a large sponge-like molecule required to maintain proper spacing between neighboring cells. We had already learned a lot about how cells make HA, but the other equally important side of the equation is how HA is broken down, which is needed to prevent HA build-up that can cause tissue fibrosis.”

The Yamaguchi lab knew that HA degradation must be accomplished by enzymes that cut HA into smaller pieces for further processing. “However, none of the known HA-cutting enzymes had the ability to cut the very large HA that exists outside the cell”, explains postdoctoral fellow Hayato Yamamoto, M.D., Ph.D., first author on the study. “We decided to search gene sequence libraries to identify other proteins that were not previously suspected to cut HA, but which were structurally similar to known HA cutters.”

Their search turned up transmembrane protein 2 (TMEM2), whose structure predicted that it would exist on the cell surface and would also be able to cut HA. “My job was then to determine whether or not this protein could live up to our predictions,” recalls Yamaguchi. “We were able to show experimentally that the protein really did exist on the cell surface and was able to cut large HA molecules into smaller fragments for further processing inside the cell.”