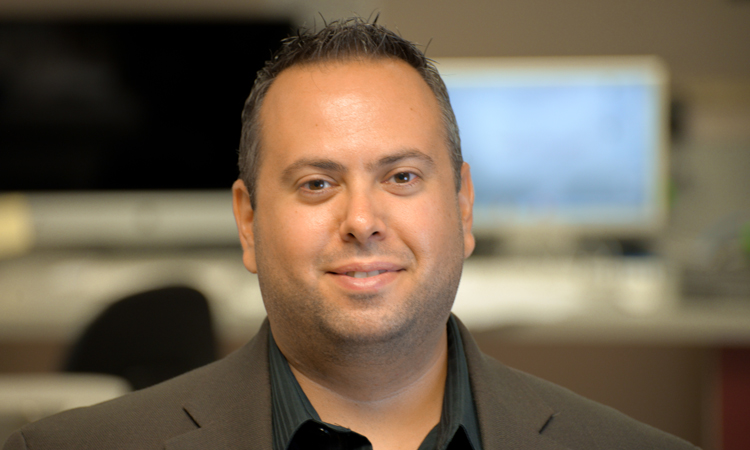 Two new grants from the National Institutes of Health will help Sanford Burnham Prebys Associate Professor Cosimo Commisso, Ph.D. continue his work on macropinocytosis, a process in which pancreatic cancer cells sap up nutrients from their surroundings.

Inhibiting macropinocytosis has the potential to transform treatment for one of the deadliest forms of cancer.

“Pancreatic tumor cells are quite dense and this causes flattened blood vessels, so they are essentially housed in their own little ecosystem where they have to gather nutrients on their own,” says Commisso. “By stopping this process, we can effectively starve the tumors.”

Starving one of the toughest cancers

“Pancreatic cancer is usually not diagnosed until quite late in its progression, so there aren’t many options for patients,” says Commisso. “We have doubled the survival rates for pancreatic cancer since I started working in this field over a decade ago, but it’s still only around 10%, so there’s a critical need for new and better therapies.”

Pancreatic tumors are densely packed and surrounded by a network of tough connective tissue called the stroma. While macropinocytosis was originally discovered in pancreatic tumor cells, it has since been found to occur in stromal cells as well, which can make up as much as 90% of a pancreatic tumor.

The two five-year projects will investigate macropinocytosis in both tumor and stromal cells, identifying and testing drug targets to inhibit the process in each tissue type.

“We already have a solid understanding of how this process happens in pancreatic tumors, which has given us a lot of different options for ways to interfere with it,” says Commisso. “Now we’re examining everything more closely to see if what we’ve found represents any possible therapeutic strategies.”

Moving beyond the pancreas

Though tumor macropinocytosis was originally described in pancreatic cancer, it has also been discovered to play a significant role in other types of cancer.

“The process isn’t confined to pancreatic cancer, and something recent we’ve gotten into in the lab is testing some of our knowledge in lung cancer, which seems to behave very similarly,” says Commisso. “We think a lot of what we find will be applicable to other tumor types as well.”

Because these grants are being awarded at an early phase in the discovery process, it may be some years before any macropinocytosis-related treatment ends up in the clinic, but the researchers are optimistic that their work will yield new therapeutic strategies for cancer and also help enhance current treatment strategies, such as immunotherapy.

“What we’re learning is that pancreatic cancers adapt very easily to the therapies we use to treat them, so using multiple therapies at once is where the field is going,” says Commisso. “If we can go after those adaptations, then we can improve therapies we already have available to patients that otherwise wouldn’t be as successful.”

Commisso hopes that the opportunity to continue his work will allow him and his team to help reduce the suffering caused by cancer, which permeates every corner of modern life.

“I haven’t really encountered anybody in my lab that hasn’t been affected by cancer,” he adds. “That’s what grants like this are really about. We do what we do because there’s a deeply personal side to this in that we’ve all been touched by cancer in some way.”