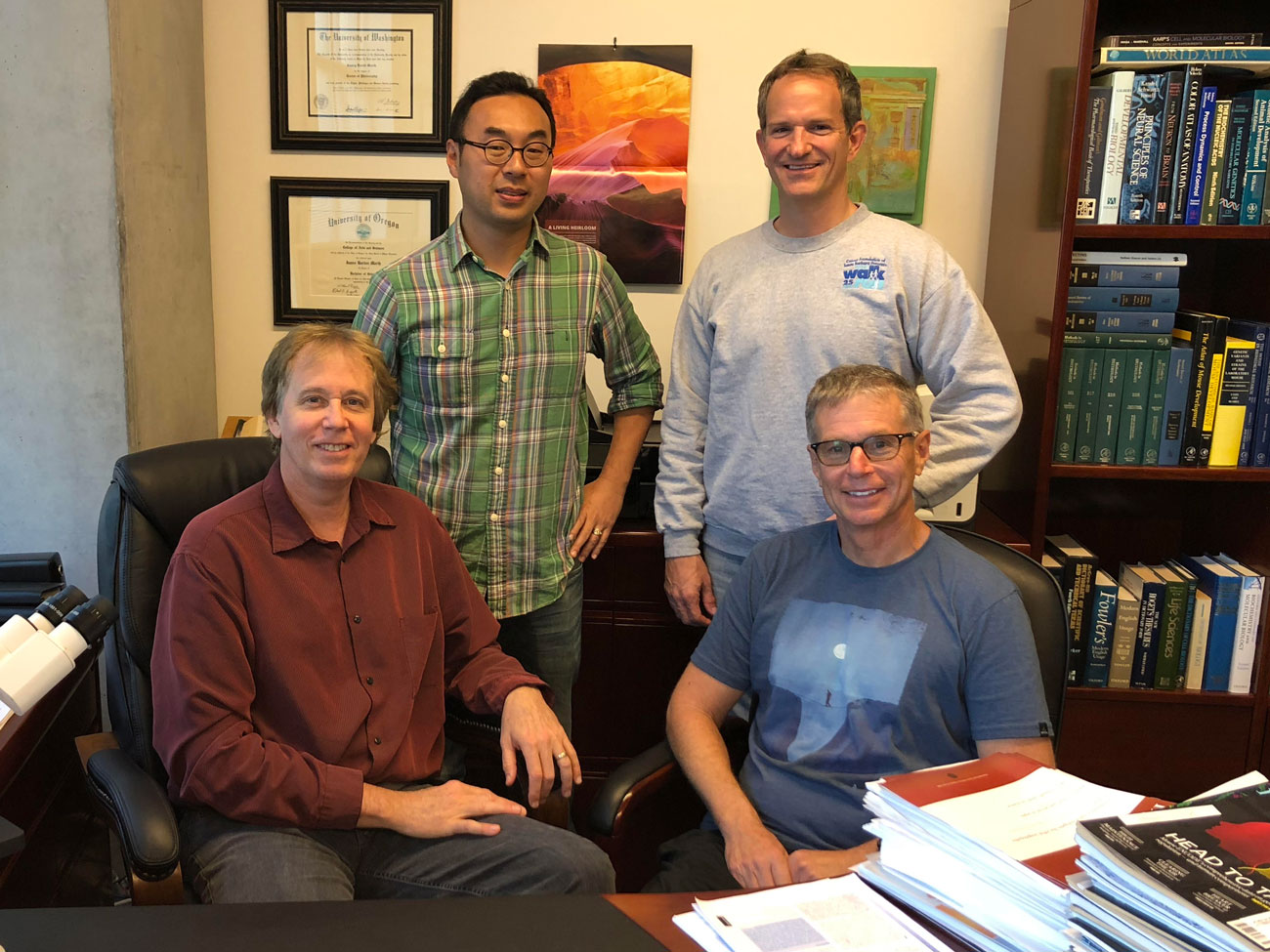 A startling discovery published today in the journal Science reveals how your past history of minor bacterial infections can add up with age to cause a severe inflammatory disease.

Small bacterial infections that may go unnoticed and which the body easily clears without treatment, such as occurs during mild food poisoning, nevertheless can start a chain of events that leads to chronic inflammation and potentially life-threatening colitis. These new findings may also help identify the long–mysterious origins of inflammatory bowel disease (IBD).

Their hypothesis reflected multiple clues. First, it has become increasingly evident that the genetic makeup of an individual plays a limited role in the onset of common inflammatory diseases, including colitis and IBD. Twins show relatively small concordance for both individuals developing IBDs, for example. Such findings implicate unknown environmental factors in disease origins.

Second, the team noted that studies from other laboratories had reported seasonal bacterial infections in humans were correlated with increased diagnoses of IBD.

“Trying to determine the origin of a disease is important as it often indicates more rational and effective preventions and treatments”, says Marth.

Working from these and other hints, the team hypothesized that recurrent low–grade bacterial infections may be a trigger in the onset of chronic inflammation.

The researchers developed a model of mild human food poisoning using healthy mice that were administered a very low dose of a common bacterial pathogen, Salmonella Typhimurium, which is widespread throughout the environment and remains a leading cause of human foodborne illness and disease. Most often, the result is temporary intestinal discomfort and dysfunction. The majority of these infections are likely unreported, which suggests the numbers of infections among individuals over a lifespan is greatly underestimated.

Marth’s team experimented with a dose of Salmonella so low that there were no significant symptoms or death, and all of the Salmonella were successfully eliminated by the host.

“This type of study had never been done before and the results were shocking,” says Yang. “We observed the onset of a progressive and irreversible inflammatory disease caused by previous infections. That was quite surprising because the pathogen had been easily cleared by the host.”

By the fourth infection, which had been separated months apart from the first, the inflammation had steadily increased and colitis was now present in all subjects. Surprisingly, the disease did not improve despite the cessation of repeated infections—indicating that the damage was already done.

“We have discovered an environmental and pathogenic origin of chronic intestinal inflammation in the course of modeling human food poisoning as it occurs repeatedly over the adult lifespan,” explains Marth. “Remarkably, Salmonella have figured out a way to disrupt a previously unknown protective mechanism in the gut that normally prevents intestinal inflammation.”

The disease mechanism was linked to an acquired deficiency of intestinal alkaline phosphatase (IAP), an enzyme produced in the duodenum of the small intestine. Salmonella infection elevated neuraminidase activity in the small intestine, which in turn accelerated the molecular aging and turnover of IAP, resulting in IAP deficiency in the colon. IAP is important because its job is to remove phosphates from molecules such as the pro-inflammatory lipopolysaccharide (LPS) — which is produced by various resident bacteria in the colon — thereby transforming LPS from a toxic to nontoxic state.

“These findings are of potential great concern to the human population,“ adds Marth. “Food contamination at these low bacterial levels is likely to be more common than we recognize, while symptoms could be nonexistent or mild and disappear in a day or two without treatment. Repeated over time, we find that such minor infections are sufficient to trigger disease months and perhaps years later, depending upon the number and timing of infections an individual has experienced over his or her lifetime.”

Mahan says, “We found that both treatment approaches were similarly effective at preventing the onset of colitis. In fact, published studies by others have recently reported IAP deficiencies and high neuraminidase levels in IBD patients.”

Adds Marth, “There is an unexpected additive effect of previous infections in the likelihood of developing colitis. This environmental factor may be responsible for triggering disease among some segments of the human population.”

This study was funded by NIH grants HL125352 and HL131474, the Wille Family Foundation and SFB914 from the German Research Foundation.

Sanford Burnham Prebys Medical Discovery Institute (SBP) is an independent nonprofit medical research organization that conducts world-class, collaborative, biological research and translates its discoveries for the benefit of patients. SBP focuses its research on cancer, immunity, neurodegeneration, metabolic disorders and rare children’s diseases. The Institute invests in talent, technology and partnerships to accelerate the translation of laboratory discoveries that will have the greatest impact on patients. Recognized for its world-class NCI-designated Cancer Center and the Conrad Prebys Center for Chemical Genomics, SBP employs about 1,100 scientists and staff in San Diego (La Jolla), Calif., and Orlando (Lake Nona), Fla. For more information, visit us at SBPdiscovery.org or on Facebook at facebook.com/SBPdiscovery and on Twitter @SBPdiscovery.