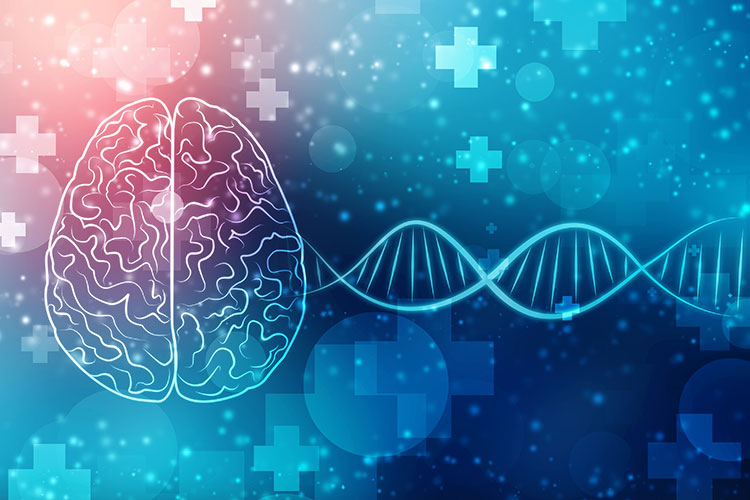 The study opens new research avenues for the condition.

Scientists at Sanford Burnham Prebys Medical Discovery Institute and Radboud University Medical Center in the Netherlands have identified mutations in a gene called CNOT1 that affect brain development and impair memory and learning. The study is the first to link neurodevelopmental delays with CNOT1, suggesting that drugs that help restore the gene’s function may have therapeutic benefit. The research, published in The American Journal of Human Genetics, also revealed that CNOT1 interacts with several known autism spectrum disorder (ASD) genes, opening new research avenues for the condition.

“Prior to this work, the CNOT1 gene was not on the radar of autism researchers,” says Rolf Bodmer, Ph.D., director and professor in the Development, Aging and Regeneration Program at Sanford Burnham Prebys and the study’s co-corresponding and co-senior author. “This discovery could help us better understand the genetic mechanisms underlying ASD. Our work is also a first step toward exploring drugs that could augment the function of CNOT1 and might be able to help children with neurodevelopmental delays who have these specific mutations.”

The cause of developmental disabilities, including ASD, is poorly understood. Research indicates that there may be a genetic component to these conditions, but the precise impact of the genetic variations that have been uncovered to date is unclear. Identifying the underlying cause of developmental disabilities would allow scientists to create diagnostic tests that would provide early diagnoses and potential treatments.

In the current study, scientists at Radboud University Medical Center identified a commonality between 39 people with a neurological disorder: variations in the CNOT1 gene. These individuals, whose ages ranged from newborn to 22 years old, had symptoms that spanned from severe intellectual disability to nearly normal IQ and everyday functioning. The researchers hoped to determine if the variations in the CNOT1 gene were benign or the cause of the neurological symptoms—the first step to finding potential treatments.

To answer this question, the researchers at Radboud University turned to Bodmer, a world-renowned genetics expert who studies how genes contribute to disease using a fruit fly model. Sreehari Kalvakuri, Ph.D., a postdoctoral researcher in the Bodmer lab, created fruit flies that contained the same CNOT1 variations seen in the patients, including DNA sequences that were “misspelled” (missense), cut short (truncated) or otherwise altered.

This work identified nine CNOT1 variants that impaired learning and memory, which was measured by several independent approaches—including a courtship assay that tested the ability of male fruit flies to remember if their female partners had paired with other males. All of these variants appeared spontaneously (de novo) in the patients, meaning they were not inherited. The scientists also discovered that these CNOT1 mutations interact with known ASD genes—revealing a genetic link to ASD that can be further explored.

“Fruit flies are a great biological model because we can complete genetic studies very quickly. This work only took a few months instead of the potential decade using a mouse model,” says Kalvakuri, the study’s co-first author. “Additionally, the CNOT1 gene is highly conserved between fruit flies and humans, meaning it does not change much, so we are optimistic these findings can be extrapolated to people.”

Next, the scientists plan to identify which molecular components interact with CNOT1, which functions as a scaffold that builds up a larger protein complex. This work might uncover additional potential drug targets for intellectual, learning or memory disorders, including ASD.

“The first step toward helping children with neurodevelopmental delays is to determine the cause of the condition,” says Bodmer. “Our ultimate hope is to find a treatment that could be given as early as possible to help these children stay on track developmentally.”

Surprisingly, the findings also have implications for heart disease, the primary focus of Bodmer’s lab.

“A significant fraction of these patients also have cardiac defects,” says Bodmer. “Conversely, children who are born with heart defects are at a higher risk of developing ASD, too. This study on CNOT1 also provides a previously unknown genetic link between heart function and ASD.”

Research reported in this press release was supported by the Dutch Research Council (015.014.066), Cambridge Biomedical Centre and European Union (779257).